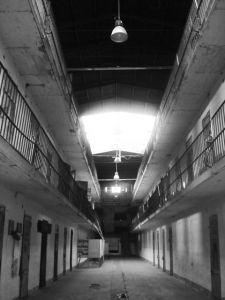 For New York Criminal Defense Lawyers, insistence on speedy trial rights are a powerful defense strategy for weeding out baseless claims. If witnesses are shaky, they often will not appear for the grand jury which prevents the People from indicting an accused. We have aggressively pursued our client’s speedy trial rights which has resulted in numerous dismissals in numerous questionable assault, gang assault and sexual assault cases in New York City and Westchester.

Criminal Procedural Law 210.20(g) states in pertinent part that after arraignment upon an indictment, the superior court may, upon motion of the defendant, dismiss such indictment or any count thereof upon the ground that the defendant has been denied the right to a speedy trial. Criminal Procedural Law 30.30(1)(a) states in pertinent part that a motion made pursuant to paragraph (g) of subdivision one of section 210.20 must be granted where the people are not ready for trial within six months of the commencement of a criminal action wherein a defendant is accused of one or more offenses, at least one of which is a felony.

The six month period is generally determined by computing the time elapsed between the filing of the first accusatory instrument and the People’s declaration of readiness, subtracting any periods of delay that are excludable under the terms of the statute and then adding to the result any postreadiness periods of delay that are actually attributable to the People and are ineligible for an exclusion. People v. Cortez, 80 NY2d 201, 208, (1992).

Unless the defendant has consented, the preindictment period is wholly under the control of the People and there is nothing defendant can do to prevent or delay presentment of the case to the grand jury. People v. McCaffery, 78 A.D.2d 1003, 433 N.Y.S.2d 909 (N.Y.A.D. 4 Dep’t 1980). Therefore, unless a defendant consents to waive the speedy trial time, the entire pre-indicment time is chargeable to the People.Unlike the postreadiness delays, the absence of a valid indictment during this period is a circumstance that directly impaired their ability to proceed to trial. People v. Cortes, 80 N.Y.2d 201, 211 (1992). Once the defendant has made a showing of an unexcused delay greater than six months, the burden then shifts to the People to prove that any periods of that time should be excluded. People v. McCaffery, 78 A.D.2d 1003, 433 N.Y.S.2d 909 (N.Y.A.D. 4 Dep’t 1980).

The District Attorneys will sometimes try to have this time excluded by claiming that the uncooperative witnesses were unavailable. However, the Courts have narrowly construed exceptions which permit the People to exclude time under CPL 30.30 because the People’s obligation to exercise due diligence to procure a witness before he/she becomes unavailable is strictly construed. People v. Mims, 587 N.Y.S.2d 536 (N.Y.Sup.1992).

The mere unavailability of a witness, without more does not exclude the time from running against the People. People v. Barenzano, 875 N.Y.S.2d 822 ( N.Y.City Crim.Ct.,2008).There are no exceptional circumstances where the witnesses avoid cooperating for their own reasons. People v. Salazar, 688 N.Y.S.2d 401 (N.Y.Sup. 1999).

Where a witness resides out of State, the Courts have found no exceptional circumstances where the People fail to make efforts to secure a material witness order or otherwise to secure the witness’ attendance. People v. Salazar, 688 N.Y.S.2d 401 (N.Y.Sup. 1999). Likewise in People v. Meyers, 114 A.D.2d 861 N.Y.A.D. 2 Dept.,1985), the Court held that the People did not demonstrate due diligence or exceptional circumstances where the witnesses were unwilling to testify before the Grand Jury because the People made no attempt to make the recalcitrant witnesses available. An example of taking definitive steps to secure the attendance of a reluctant witness was found in People v. Khan, 146 A.D.2d 806 (N.Y.A.D. 2 Dep’t 1989), where upon learning that the out of state witness was reluctant to testify, the People immediately prepared a material witness order, had it signed and forwarded it to the Florida State Attorney’s Office.