Another Crane Accident In New York City By Michael Joseph on June 01, 2015 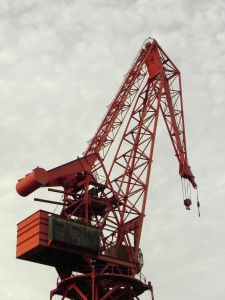 On Sunday May 31st around 11:00am a massive air conditioning unit being lifted into a high-rise office building in midtown Manhattan plummeted 30 stories severely damaging the building, and injuring ten people including two construction workers on the way down. Crews were trying to lift the unit into the mechanical floor which is the top floor of the building when the accident occurred. When the unit fell off the crane it sent a mix of concrete and metal debris raining onto the street below. Our New York construction accident lawyers know how devastating crane accidents can be and are an unfortunate cause of fatalities among construction workers.

Shortly after the accident New York City Mayor Bill de Blasio made a statement. He mentioned the severity of the accident, and said we should thank god it occurred on the weekend when there weren’t too many people around. He assured New Yorkers there would be a thorough investigation to find out exactly what caused the accident, and make sure an accident of this nature never happens again.

Unfortunately crane accidents are becoming a common occurrence in New York City. There have been six crane accidents in the city over the past seven years and 11 people have been killed. City officials must take action to insure pedestrians are safe when walking the streets of New York City. Although development is an important part of creating a thriving city, public safety must be a higher priority.

According to the Buildings Department Commissioner Rick Chandler all the needed permits for work involving the cranes were in place, and there hadn’t been any complaints about the crane prior to the accident. Within the past three years there have been more regulations put in place insuring crane operators have adequate work experience, and meet rigorous training and licensing requirements; however these regulations are not enough. There must be further precautions taken by both the development companies and the Department of Buildings in New York City to ensure citizens safety.

Thankfully in the most recent accident people involved only suffered minor injuries. An eyewitness who was on the scene when the events occurred said everyone who was injured in the accident left the scene awake, alert, and oriented. Two construction workers that were injured were taken to Bellevue Hospital as a safety precaution, and are reportedly doing fine.

There are currently no reports of foul play in the accident; however there may have been negligence on behalf of the crane operator. If the crane had been connected to the air conditioning unit in the proper manor it should not have fallen off. Furthermore, if the cables connecting the air conditioning unit to the crane were being used properly then the developers may have been using the wrong kind of crane.