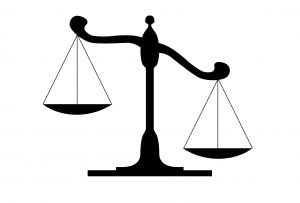 New York, unlike many other states is especially unforgiving and does not have a law that allows expungment of a criminal conviction. Usually, absent unusual circumstances a person who has been convicted of a crime in New York, will have the conviction for life. Rarely, sympathetic judges will vacate a conviction under New York’s interest of justice standard, but it is discretionary and often arbitrarily applied. Recently a federal court in New York vacated a conviction because the conviction, which was for a minor crime was preventing the woman from gaining employment.

A fraud conviction that prevented a local woman from employment for 13 years has recently been expunged by Judge John Gleeson. The woman’s criminal record prevented her from working, paying taxes, and caring for her family for 13 years. It forced her to rely on public assistance although she has the ability and desire to work and support herself and her family. Judge Gleeson decided it would better serve public interest if the woman was a contributing member of society, rather than an able body citizen depending on government assistance.

The woman, an immigrant from Haiti has four children and was making 783 dollars a month, which was less than the rent in her Queens apartment at time of the crime. She became involved with a car insurance scam in which she faked an injury and filed a civil suit resulting in her receiving $2,500. Ms. Doe knew that filing a false lawsuit was a crime, what she didn’t know was that the punishment she would receive if caught would wreck her chances of finding employment for over a decade.

After her conviction, the woman found herself in a rough situation familiar to people who have convictions on their record. Each time she would seek out employment she would be turned down after background checks uncovered her involvement with fraud. For 13 years she continued to apply for work, and get denied because of her criminal history. Recently she was able to persuade Judge Gleeson to expunge the charges which will now allow her to seek out work, and support her family. Expungement is very rare in the State of New York and is reserved for extreme cases. The Eastern District U.S. Attorney’s Office opposed the application for expungement because they felt her difficulties weren’t extreme enough to merit that action. Judge Gleeson disagreed he believed Doe’s circumstances actually were extreme. Furthermore, he felt that the time from her offense and her lack of re arrest weighed in her favor.

Recently there have been several attempts made at the state level to reform laws on collateral consequences that do not increase public safety. There is currently a proposal by Chief Judge Jonathan Lippman to allow the sealing of criminal records for non-violent felons who avoid re-arrest for 10 years and have no prior felony convictions. People who commit non-violent crimes shouldn’t be barred from ever finding employment again, especially in areas not relating to the crime they committed. To take away ones capability to provide for themselves legally is equivalent to forcing them into more illegal activity as means of survival.

Judge Gleeson noted that while crimes are considered unforgivable by prosecutors, others relating to more prestigious jobs were taken lightly. Thus the application of the law is unpredictable an sporadic. For instance when a tax preparer for the IRS was convicted for preparing fraudulent tax returns prosecutors asked Gleeson to allow the preparer to be re-certified as a tax preparer, and allow him to keep working without having to give notice of the conviction to clients. Whereas when a barber was convicted of nonviolent crime prosecutors argued that he should lose his license.

Justice must be fair and equal for all. When people commit crimes they should receive punishment; however depending on the crime that punishment shouldn’t interfere with employment opportunities years down the road. Punishments should also be static; two people who commit the same crime shouldn’t receive different punishments.

Judge Gleeson’s decision to expunge the conviction was a step in the right direction in relation to second chances. When someone commits a nonviolent crime they deserve the chance to redeem themselves. Our White Plains criminal defense lawyers support these efforts to create a statutory expungement procedure in New York.