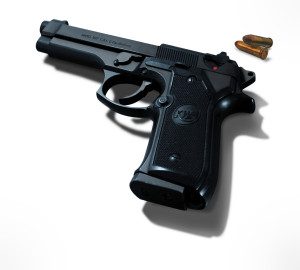 Earlier this week a panel of the New York Appellate Division, Second Department published a decision that is of interest to all criminal defense lawyers who handle gun crime cases. In this decision, the New York Court reversed a trial court decision in People v. Graham, where a man was charged with second-degree criminal possession of a weapon and fifth-degree criminal possession of a controlled substance in February 2013. A panel of judges held that the trial court should have suppressed a gun found by police because the man had not been arrested prior to the police discovery of the weapon.

An officer who reasonably suspects that a detainee is armed may conduct a frisk or take other protective measures even in the absence of probable cause to arrest. However, a police officer acting on reasonable suspicion that criminal activity is taking place and on an articulable basis to fear for his own safety may intrude upon the person or personal effects of the suspect only to the extent that is actually necessary to protect himself from harm while he conducts the inquiry. The key question in all criminal cases remains whether the protective measures taken by the officer were reasonable under the circumstances.

The Exclusionary Rule is available to a defendant in a criminal case as a remedy for illegal searches that violate the Fourth Amendment. This rule dictates that evidence that was unlawfully obtained by a search that exceeded the proper scope must be excluded as evidence under the Fourth Amendment. Mapp v. Ohio. An important consequence to the rule is the “fruit of the poisonous tree” doctrine. This rule holds that, in addition to the material uncovered during the illegal search being inadmissible, any evidence that is later gathered as an indirect result of the illegal search will also be excluded. Wong Sun v. United States.

The court in People v. Graham, cited a 1989 Court of Appeals Decision, People v. Torres, permitting an officer to encroach upon a person or their effects to the extent it is necessary to protect themselves, in accordance with the rule previously stated. In Graham, the Appellate division held that the officer did not confine his search to the scope reasonably necessary to protect him from harm and the search of the man’s jacket pocket could not be justifiably upheld on probable cause since the man had not been placed under arrest. Therefore, the Court stated that the drugs and other items found were the fruits of an unlawful search and further held that without the gun evidence there was insufficient evidence to convict the man and the indictment should be dismissed.

The experienced criminal lawyers in the Westchester and Manhattan at the Law Office of Michael H. Joseph PLLC, are highly familiar with cases such as these and will vigorously defend your rights before, during, and charges have been brought against you or your loved one.