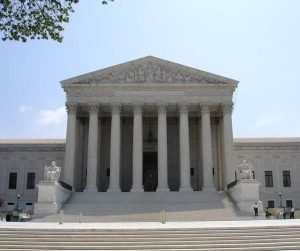 The United States Supreme Court recently ruled that a subsection of the federal Armed Career Criminal Act, which imposes an increased prison term upon a defendant with three or more prior convictions for a “violent felony,” which is commonly known as the ‘Three strikes and your out rule” infringes upon the Constitution’s guarantee of Due Process. The Supreme Court held that the “residual clause” of this federal statute was unconstitutionally vague such that it fails to give ordinary people fair notice of the conduct it punishes. Our Westchester criminal defense lawyers have long fought against arbitrary definitions and unnecessary harsh resuls for transgressions of criminal law

Federal law prohibits convicted felons, persons committed to mental institutions, and a drug user, to ship, possess, and receive firearms, and is generally punishable by up to 10 years imprisonment. 18 U.S.C 922(g). However, the Armed Career Criminal Act (ACCA) commonly referred to as the “three strikes” law, essentially gives an individual a minimum of three “violent felony” convictions before the court may choose to sentence them to a minimum of 15 years, or a maximum of life in prison. The ACCA defines a “violent felony” as, “any crime punishable by imprisonment for a term exceeding one year… that – (i) has as an element the use, attempted use, or threatened use of physical force against the person of another; or (ii) is burglary, arson, or extortion, involves the use of explosives, or otherwise involves conduct that presents a serious potential risk of physical injury to another.” (18 U.S.C 924(e)(2)(B)). The italicized portion of the above is known as the “residual clause,” which the Court has been unable to discern from the rest of the Act, known as the “categorical approach.”

In Johnson v. United States, the defendant, Samuel Johnson, was a white supremacist with a long criminal record who pled guilty to one count of unlawful weapons possession after he told undercover federal agents of plans to attack the Mexican consulate in Minnesota, “progressive bookstores,” and “liberal.” Soon thereafter, the individual was arrested in possession of an AK-47, semi-automatic weapons, and over one thousand rounds of ammunition. During his sentencing, the government argued enhanced sentencing of Johnson under the ACCA because Johnson’s prior state convictions included robbery, attempted robbery, and unlawful possession of a short-barreled “sawed-off” shotgun. Johnson challenged the conviction of “possession of a short-barreled shotgun” as a violent felony under the “residual clause” of the ACCA. The District Court found that the unlawful possession of a short-barreled shotgun did, in fact, amount to a felony under the ACCA, and sentenced him to 15 years in prison, as prescribed by the Act. The Court of Appeals affirmed this ruling, and the Supreme Court granted certiorari (power to review a case from a lower court).

The Supreme Court held that not only did the unlawful possession of a shotgun not amount to a “violent felony,” but that the residual clause as a whole was vague and unconstitutional. The Court reasoned that the clause could be, and has been, arbitrarily enforced such that there is no consensus or constant agreement among the Courts across the country regarding what conduct exactly presents a serious potential risk of physical injury to another. The Court further reasoned that because the residual clause produces more unpredictability and uncertainty than the Due Process Clause tolerates, invoking so shapeless a provision to condemn someone to prison for 15 years to life does not comport with the Constitution. The government violates the Constitution when it takes away someone’s life, liberty, or property under a criminal law so vague that it fails to give ordinary people fair notice of the conduct it punishes, or so standardless that it invites arbitrary enforcement.

Therefore, the Court in Johnson v. United States invalidated the enhanced sentencing under the residual clause and further held that Court’s must only use the “categorical approach” in deciding whether an offense is a violent felony, “looking only to the fact the defendant has been convicted of crimes falling within certain categories, and not to the facts underlying the prior convictions.” New York lawyers have often dealt with overly harsh laws for mere possession of a gun and it is good to see the Supreme Court hold that merely possessing a gun is not a violent felone.