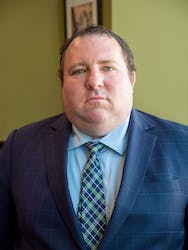 November was a tragic month for pedestrians with a slew of pedestrians being injured or killed in hit and run accidents all over New York. On November 14, 2022, a 51 year old man suffered serious injuries after he was hit by a sedan that fled the scene in Pearl River, New York. On November 17, 2022, a 53 year old pedestrain was critically injured in Manhattan's East Village after being struck by a vehicle that fled the scene. On November 28, 2002, a 53 year old Monsey woman was killed in a suspected hit and run in Ramapo, Rockland County, N.Y.

Our Manhattan pedestrian accident lawyers know that most culpable drivers involved in hit and run accidents that flee the scene are never identified or apprehended. Although most pedestrains are not aware of the legal protections available to them in these situations, our NYC pedestrian accident lawyers know pedestrians who are injured by cars that flee the scene (hit and run) have rights available to them under New York law.  So if you are a pedestrian that was hit by a vehicle that fled the scene that could not be idenitifed and you are asking yourself if you are out of luck, the answer is no.

Our NYC hit and run accident lawyers know that all New York insurance policies are required to have uninsured motorist benefits, also known as unidentified motorist benefits, as part of the policy. So if you were hit by a car that fled the scene you can get no fault benefits from your own insurance company and any insurance company for a vehicle in your household even if you are not the owner. Under New York law, no fault benefits cover your medical bills and any lost wages. In addition, your own insurance company has to provide compensation for your pain and suffering up to the amount of the policy limit. If you do not have a vehicle or live in a household with a vehicle, there is a public program that provides the same benefits, which is the Motor Vehicle Accident Indemnification Corp, (MVAIC).

Just before the Thanksgiving holiday, a brooklyn man who was crossing the street suffrered fatal injuries, when he was hit by a Federal Express truck that was making a turn and apparently didn't see the man. Our New York City pedestrian accident lawyers know that when a vehicle is making a turn, the pedestrians on the street that they are turning onto have the right of way. By definiition this means that the truck had a responsibliity to not only see the pedestrian but to yield to him. Under New York law, this man's family can sue the driver and Federal Express for wrongful death.

HOSPITAL SHORTAGES AND OVER WORKED DOCTOR ARE NOW IN THE NEWS

Our New York City medical malpractice lawyers know that hospital staff shortages, over crowded emerency rooms have become all to common in New York City, especially in hospitals in the Bronx, Brooklyn and Queens. These conditions are a recipe for sub-standard care and medical malpractice. Now, the medical community is finally owning up to these realities and doctors in the Montefiore hospital system based in the Bronx are calling for unionization, to improve working conditions, which include over worked physicians. These physicians are citing industry wide burnout among New York City doctors who say that the job is already hard and that staff shortages make it even harder. Staff shortages resulting in higher work loads per doctor is among one of the chief complaints raised by these doctors.

Although it is widely believed that the average working people get poor medical care, while the rich, powerful and celebrities get the best care that money can buy, a recent incident with Sharon Stone teaches us that this isn't always the case. The celebrity Sharon Stone revealed that she was the victim of a misdiagnosis. Apparently she her physician opted to treat her pain with injections, rather than performing diagnostic studies to investigate the source of her pain. While she was wasting time with pallative treatment, she had a fibroid tumor that was growing, which was only discovered after she sought a second opinion for another surgeon, who immediately scheduled her for surgery to remove the tumor.

On November 10, 2022, a worman in Yorktown carelessly operated her jeep, and crashed into the wall of a popular greek restaurant. Although no onem was injured, the restaurant had approximately 20 customers at the time and the possiblity of a catastrophric outcome was imminent. Our New York car accident lawyers know that New York law requires operators to maintain control of their vehicles and certainly this driver is responsible for the tens of thousands of dollars in property damage caused by the accident.

Today it was announced that a litigation over delays at RIker's Island of releasing detainees, who had posted bail has been settled. Our New York civil rights lawyers know that jails are only allowed to keep people incacerated for as long as they have legal authority to do so. Once a detainee has bail posted on their behalf, the jail no longer has legal authority to confine them and must release them. According to details of the settlement, every detainee, who was held more than three hours after having bail posted on their behalf will be entitled to a settlement of $3500.

On December 4, 2022, a Yonkers police officer suffered serious injuries when his vehicle was hit by the driver of a stolen car, that had just committed a car jacking and was fleeing the police. So one of the most frequent questions that our Westchester police line of duty injury lawyers are asked is can a police officer sue if they were injured by the driver of a fleeing vehicle.  When police officers are injured by someone driving a stolen car, of course the officer can sue the driver, but the insurance won't cover an accident caused by unauthorized use, however, police officers can look to their own personal insurance policies for benefits. Every insurance policy in the State of New York is required to provide coverage for uninsured motorist benefits, which means that if you are injured in an accident caused by an uninsured or unidenitied driver, even while working as a police offier, you can seek pain and suffering benefits from your own insurance policy.

On December 1, 2022, a veteran Yonkers police officer was tragically killed while driving an unmarked car in Tuckahoe, when a 16 year old inexperiened driver lost control of her vehicle and hit the officer's vehicle head on. Our Westchester police line of duty lawyers know that New York's General Municipal Law 205 allows officers to sue anyone who violated a law which results in a police officer's injury or death. This includes violations of New York's vehicle and traffic law and entering an opposing lane of travel when it is not reasonable safe to do so, obviously violates the vehicle and traffic law. So this officer's family can sue the other driver for wrongful death. In the event that this driver does not have adequate insurance to cover the damages, the officer's family can also seek under insured motorist vehicle benefits from the officer's personal insurance policy. In other words, New York law provides that where you have higher insurance limits than someone who negligently caused an accident, you can seek the difference between their policy limits and your policy limits from your own insurance company.

On November 30, 2022, a Yonkers police cruiser accidentally hit a pedestrian. Our Westchester pedestrian accident lawyers know that cases against municipalities, such as Yonkers have a number of additional steps that are required to be able to sue for an injury. First, the injured party needs to file a notice of claim with the municipality within 90 days of the accident and the City has the right to a hearing where they can ask questions about how the accident happened. Police who are not responding to an emergency are obligated to drive their vehicles in a safe manner and can be sued when they fail to do so.  In any case against the municipality, remember there is a shortenend statute of limitations and you need to file a lawsuit within one year and ninety days after the accident, as opposed to three years.