Our maritime worker injury lawyers have decades of experience in representing injured workers before the Department of Labor. 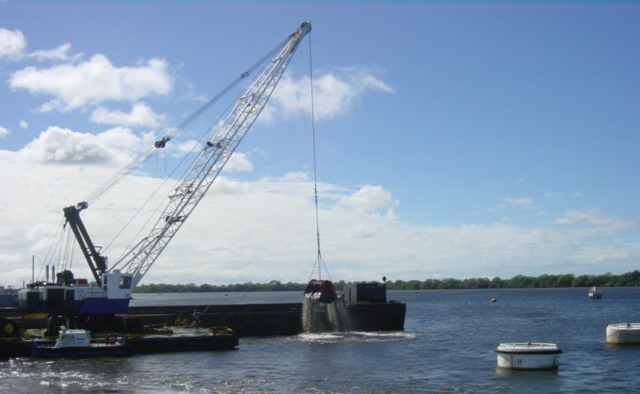 IN NEW  YORK MARITIME CONSTRUCTION WORKERS
CAN SUE FOR THEIR INJURIES  DO I HAVE A CASE?

In New York marine construction workers who are injured on work platforms, work barges or at the water’s edge are entitled to sue the site owner and general contractor for personal injuries under New York’s Labor Laws, just like any other construction worker who has suffered an on the job injury.

The New York Codes of Rules and Regulations, also known as the Industrial Code, has numerous regulations which address the specific hazards which marine construction workers in New York face. If you were injured on a maritime work site because of a Labor Law violation, you can sue for personal injuries, pain, suffering, lost wages and even future pain and suffering. The Labor Laws and Industrial Code allow injured construction workers to sue for injuries caused by unsafe work site conditions, unsafe practices, and inadequate protective equipment, just to name a few. Our NYC maritme construction accident lawyers have decades of experience in representing maritime construction workers that were injured on the job.

THE MOST COMMON TYPES OF MARINE CONSTRUCTION ACCIDENTS? 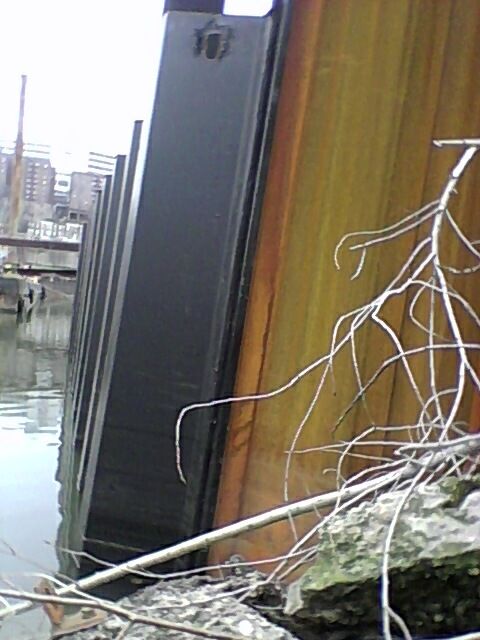 Our NYC construction accident lawyers know that falls, are the most common injuries that occur while installing sheeting on New York job sites. Our construction injury attorneys know that while installing sheeting, workers are required to transverse from the land to the water and have to work at different heights. All too often, contractors fail to give the workers personal fall protection or secure ladders and dock builders or other workers have to climb up and down sheeting or maneuver whatever terrain is at the water's edge.  These hazards are exacerbated because while climbing up and down sheeting or standing on unsteady work surfaces, workers have to carry materials, guide materials that are being hoisted, and perform countless other tasks.

Our NYC maritime construction accident lawyers know that  New York's Labor Law 240 requires that all construction workers, including maritime workers have proper fall protection and are protected, when working at dangerous heights. This includes harnesses, life lines, secured ladders and other appropriate devices to allow workers to safely perform their work and prevent falls from occurring.  If you were injured because you fell from an unprotected height while installing sheeting or a retaining wall, your injury was likely caused by a Labor Law 240 violation and you have a case against the land owner and general contractor.  To discuss your case in more detail, call our New York maritime construction accident lawyers for a free consultation.

Injured Working on the Water? We Have You Covered 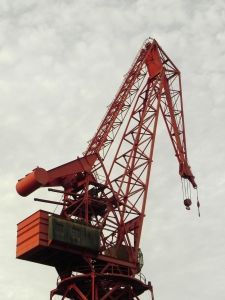 While working on the water, working around cranes and hoisting machinery is part of the job. Whether you are driving sheeting to build a sea wall or constructing a dock, materials often have to be hoisted and moved with heavy machinery. New York's Industrial Code has several regulations that require protection and safety protocols for marine construction workers who are injured when an item that is being hoisted is not properly secured or controlled by tag lines. If you were injured while working on the water because you were struck by something that was being hoisted or something that was being hoisted or set in place, fell, then you have a case and can sue the landowner for your injuries. 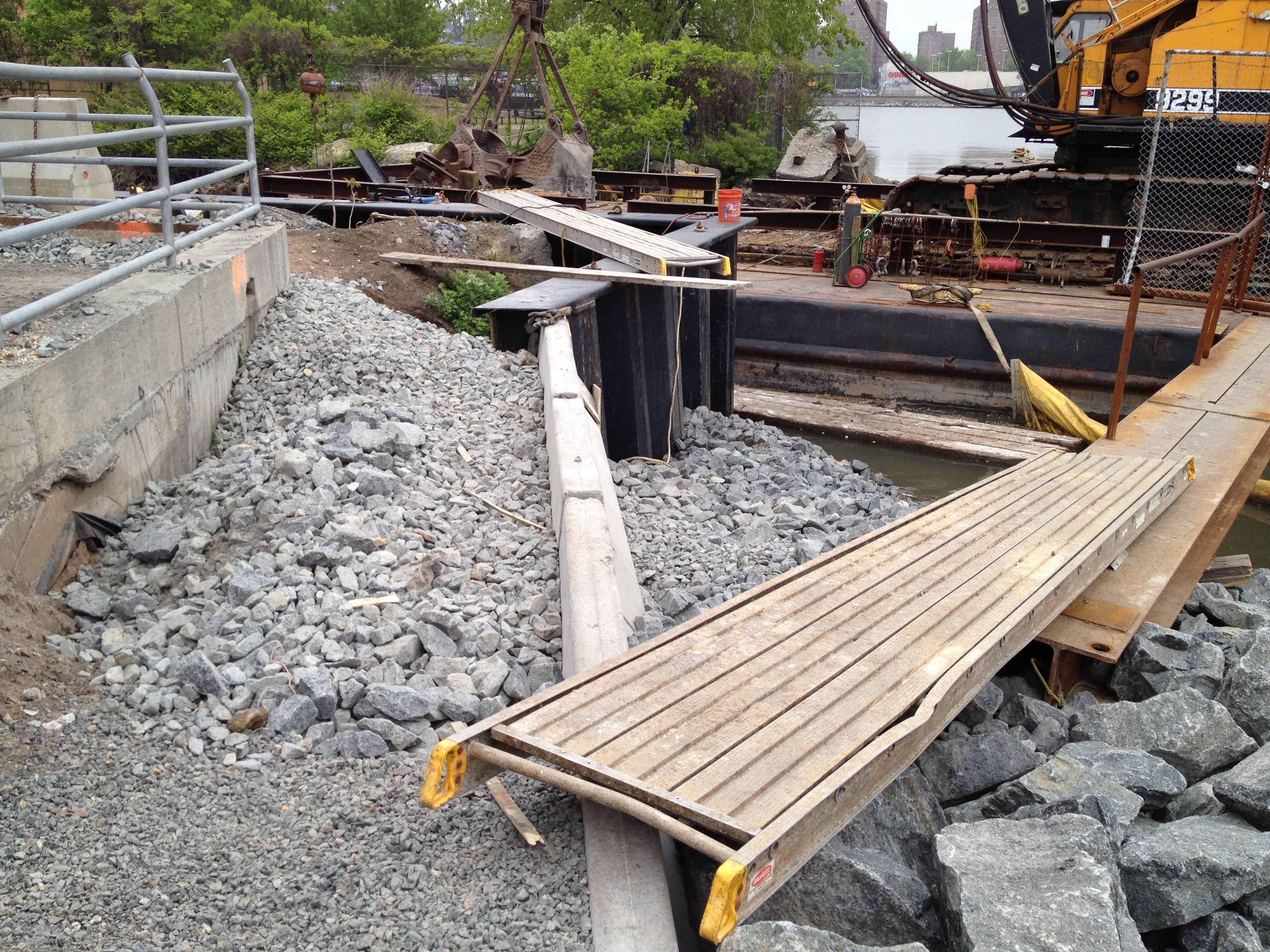 If you were injured because of a slip and fall accident on a maritime work surface, you may have a case. New York's Industrial Code has requirements that prohibit slippery surfaces, which means that work platforms which are in the water should be treated with non–skid surfacing. Our N.Y.C. construction accident attorneys know that over 30 years, it has been the accepted maritime practice to coat maritime work platforms, with non-skid coating.

If you tripped on debris or lines on a maritime work site, you may also have a lawsuit. The New York Industrial Code requires that walking spaces be kept free of debris and other obstructions. 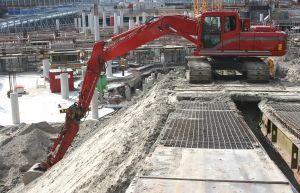 New York's Industrial Code has specific rules requiring that demolition be performed in a safe manner, including requirements that prevent workers from being struck by machinery and from objects that are in the process of being demolished. So if you were hit by machinery or a an object that is in the process of being demolished you were likely injured because New York's Industrial Code was violated and you have a lawsuit against the landowner and general contractor, for the Labor Law violation. For decades it has been accepted practice to use tag lines to keep proper control of loads that are being lifted and to use chains to make sure the load is secure. If you were hurt because a load shifted, or was moved by the wind or fell, then you have a case because the Labor Law was violated.

WE ARE ON  YOUR SIDE

THERE ARE TIME LIMITATIONS - DON'T WAIT

One of the most common questions that our NYC construction accident lawyers are asked is "Is there a time limit for me to bring a lawsuit for a construction accident?" There are time limits that will prevent you from recovering from your injuries, if you do not act promptly. In general, the statute of limitations for any accident is three years, but where there is a municipality or public authority involved, you have to file a notice of claim with that entity within 90 days of the accident and must file a law suit within one year and ninety days. This is important because many maritime work sites are actually owned by the New York City or the Port Authority.  To determine who the responsible party is and to make sure your claim gets filed timely, consult one our maritime construction accident attorneys today.

We have offices in midtown Manhattan and in White Plains, in Westchester County.

How Common Are Maritime Construction Accidents?

Maritime construction accidents are very common in New York because we have a lot of bridge projects going on along the Hudson River and the East River. The Tappan Zee Bridge is a big bridge that connects the Rockland and Westchester County and they are tearing down the old bridge and building a new bridge to connect Westchester and Rockland Counties in New York.

There are certain hazards that are typically associated with doing any type of construction work and those hazards and dangers are increased when construction work is done on water because the worker is on a surface that is constantly moving with the tide, and as the current goes in and out, waves cause the work platform or barge which the worker is standing on to basically move constantly.

Certain things are dangerous anyway, like using chainsaws, lifting heavy objects, pilings of lumber and doing pier demolition, but the risk of an accident is dramatically increased if these activities are being done on a surface that is continuously moving and constantly exposed to water, which increases the chance of a slip and fall accident.

Which Maritime Construction Accidents Occur More Often Than Others?

Anyone working on water is at risk for having a maritime construction accident. A lot of the construction accidents our New York City maritime construction lawyers have seen involve situations where companies cut corners. The maritime construction industry has evolved to counteract some of the dangers in maritime construction. For example industry standards require non-skid coating to be placed on walking surfaces to prevent slipping, hanging ladders and life lines to be used when workers have to climb up or down sheeting or excavations, so they don't fall. Our New York City construction lawyers in Manhattan and White Plains have successfully handled many cases where workers were working on float stages or work barges, but then slipped and fell because the float stage did not have the proper non-skid coating, as well as cases where workers fell while climbing down sheeting or shoring or an excavation. Another common type of maritime accident is where certain types of materials were being dug into the ground or something was being lowered and it swayed with the currents or with the wind because it was not properly stabilized, and then it hit somebody. Our construction accident attorneys have also seen many cases where materials or debris is being hauled with a crane and a worker is struck because a tag line wasn't attached. All of these situations involve violations of New York's Labor Laws.

Located in the heart of Midtown, our office is easily accessible from Penn Station, the Path Train, the 6 subway line and Grand Central.

Our White Plains office is located in downtown White Plains and is walking distance to the State and Federal Courthouses.