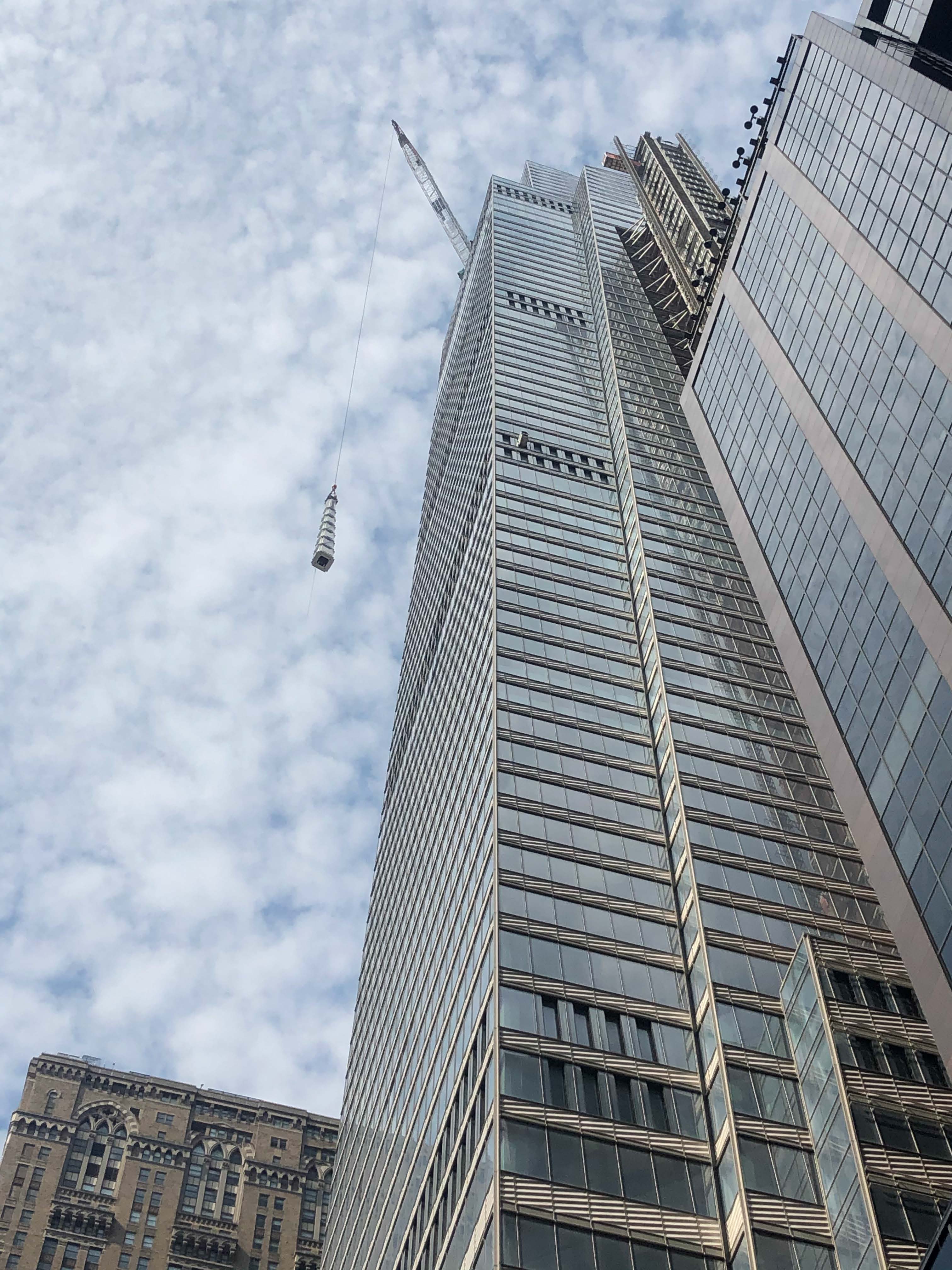 Some of the most common injuries that construction workers in New York suffer are caused by hoisting injuries, over head hazards and falling objects. If you were injured by a falling object or were struck by something that was being hoisted, your injury was likely caused by negligence and violations of New York's law.  New York's laws have several regulations which are intended to protect construction workers and the general public, from hazards such as loads shifting while being hoisted and objects which are being hoisted falling and causing serious personal injuries.  These regulations cover everything from requiring sidewalk sheds and chutes to hoists and taglines.

CONSTRUCTION REMAINS ONE OF NEW YORK'S DEADLIEST OCCUPATIONS According to the Bureau of Labor Statistics, the construction industry has more work-related
deaths than any other industry in New York City.

Our attorneys who respresent construction workers know that building owners and municipalities pressure the contractors to come in with low bids and in turn, the contractors, cut corners anywhere they can to get the job done faster and for less money. All too often this results in unsafe work site practices and contractors cutting corners with safety. The construction worker should not have to be the sacrificial lamb to get a project done cheaply. If you were hurt because proper safety practices were not followed, call our New York construction accident attorneys.

According to the Bureau of Labor Statistics, there were more than 200 crane accident-related deaths from 2011 to 2015. While some injured workers were operating the cranes themselves, others were simply bystanders on the construction site when something fell from the crane and struck them.

HOISTING ACCIDENTS  Our construction accident attorneys know that hoisting accidents are
preventable and should not happen. 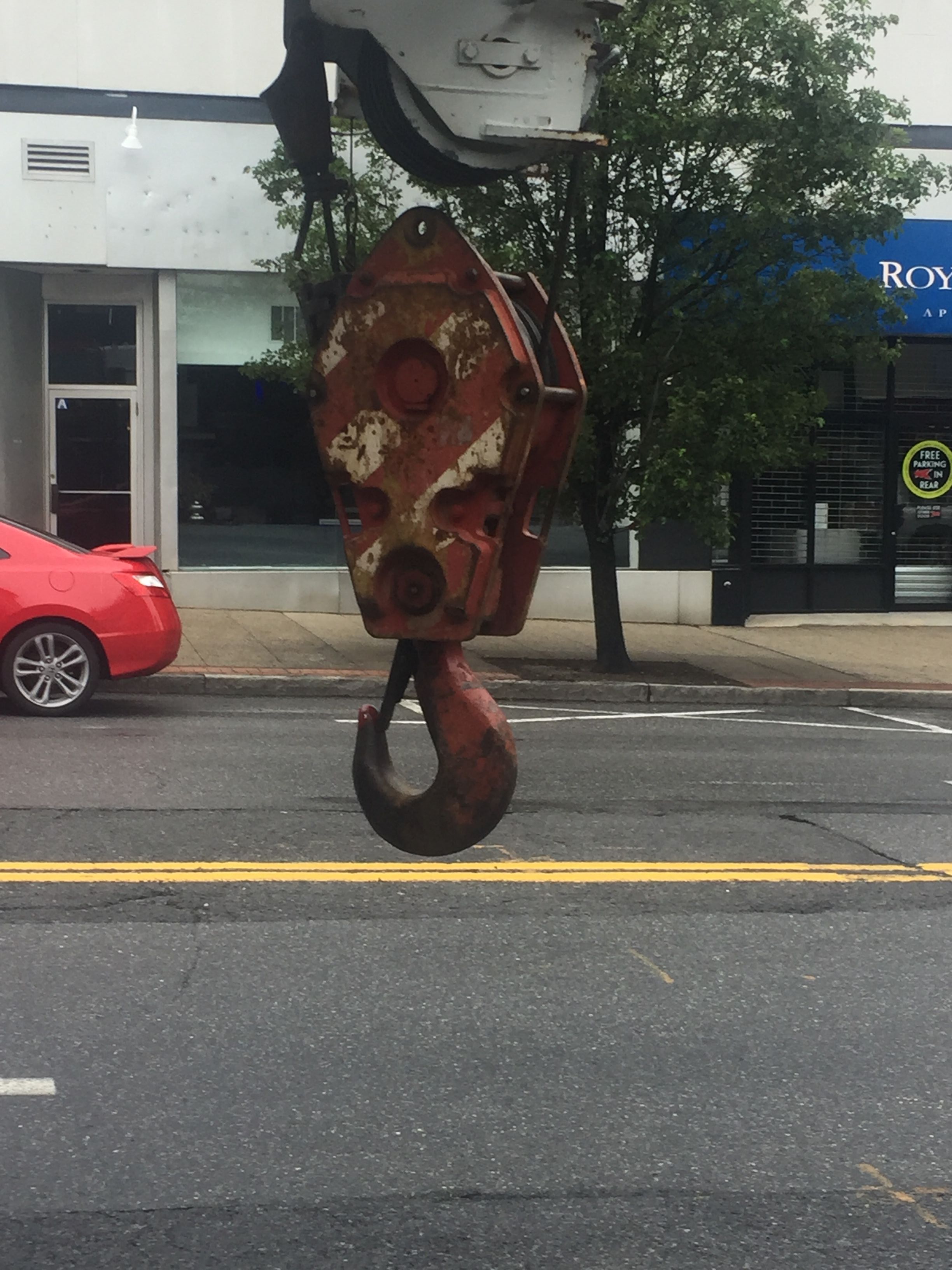 Hoisting large objects, materials and structural components on construction sites requires great care and attention. Any degree of negligence can have devastating consequences due to the immense weight of objects that are being hoisted. It only takes a second for an unsecured load to cause a life long personal injury.

Despite extensive regulations on how hoisting must be done and required safety features, hoisting injuries continue to occur at alarming rates. This remains the case, despite the fact that the construction industry is notorious for not reporting construction accidents. Among the protective regulations, the New York Industrial Code enacted to avoid injuries where items which are being hoisted fall or move suddenly, the Code requires that hoisting mechanisms have brakes and locking devices which are capable of sustaining at rest one and one-half times the maximum rated load. Also hand or foot operated brakes or equivalent devices, such as a safety must be provided with substantial locking mechanisms to lock such brakes or equivalent devices while they are engaged. So if you sustained a personal injury on a construction site because the load was not properly controlled or the mechanism that was being used to move the load was not able to control it, then these regulations were violated. The Industrial Code also requires that all loads which are handled by excavation or other equipment or heavy machinery must be suspended from the bucket or bucket arm by means of wire rope having a safety factor of four and the wire rope must be connected by either a closed shackle or a safety hook capable of holding at least four times the intended load.  To avoid any injuries which occur when a machine lifts a load at an angle, which causes the load to swing, the Industrial Code  requires that any load lifted by such equipment shall be raised in a vertical plane to minimize swing during hoisting. The rule also prohibits carrying or swinging suspended loads over areas where people are working or passing. So if you were injured because you were struck by a load that was being hoisted or moved, your injury likely occurred because the required safety regulations were not properly followed. 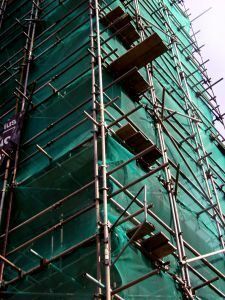 Construction workers are constantly exposed to falling debris, objects and collapsing walls and other structures. Labor Law 240 and 241 and the New York industrial code have numerous sections which protect workers during construction and demolition work.  New York's Labor Law 240, which is often thought of to protect workers who are using scaffolds and ladders, also protects workers from falling objects.  This rule requires that hoists, stays and other equipment be used to make sure that objects that are being hoisted do not fall and hurt a worker. 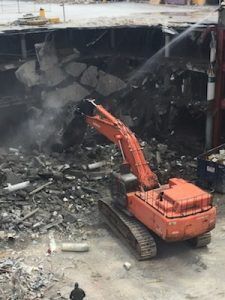 DEMOLITION SITES MUST NOT BE LEFT IN A DANGEROUS CONDITION

The New York Code prohibits parts of buildings from being left unguarded. Likewise, there must be inspections during hand demolition to ensure proper bracing and shoring to prevent personal injuries caused by weakened and deteriorated floors or walls or injury from loosened material. This means the construction company is obligated to make sure that they are not putting construction workers in danger from falling debris. If you were injured because material fell from a building due to vibration from demolition activities, then you have a lawsuit because the Labor Law was violated. 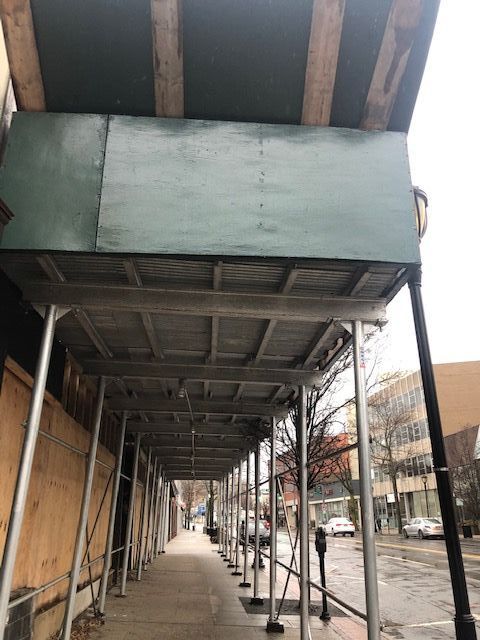 The New York Industrial Code requires overhead protection for places where people work or pass that is normally exposed to falling objects or material. The usual practice is that during demolition operations nets, sidewalk sheds and chutes are usually used to provide overhead protection. If you are working on a construction site or were passing by a construction side and were hit by an object, you can sue.  The requirements for chutes and nets are intended to prevent this type of accident from ever happening. In other words, if contractors followed the law, no one would get hurt. 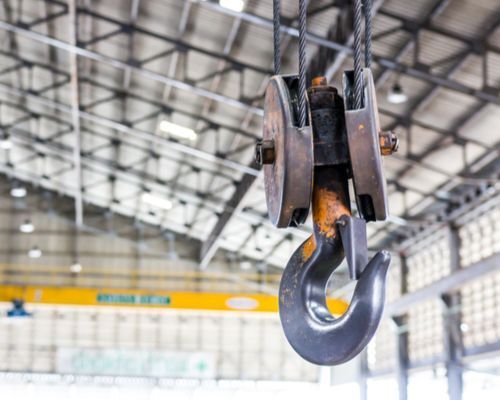 BEING STRUCK BY AN OBJECT 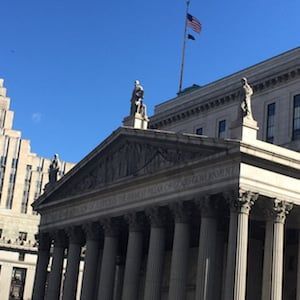 THE LAW ALLOWS YOU TO SUE FOR YOUR PERSONAL INJURIES

New York's Labor Law requires that construction workers be protected from falling objects and objects being hoisted. Whether you got hit because a co-worker dropped something, something that was being installed or dismantled or were struck by a load, that swung because there wasn't a tag line, your injury occurred because you didn't get the protection that the law required.  Our construction accident lawyers will make sure that the construction companies compensate you fairly for your injuries and that the violation of the laws are not overlooked. 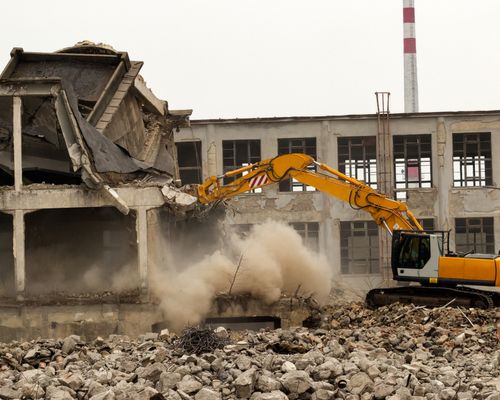 If you were injured because a load that was being hoisted fell on our or construction debris was thrown from above and fell on you, then you have a falling object case, which is covered by New York’s Labor Law  240. This law requires that all things which are being hoisted have adequate hoists, stays, slings, pulleys, braces, irons, ropes, and other devices to adequately protect construction workers who are working around  equipment that is being hoisted or disposed of. Basically, if a material or load that is being hoisted or lowered strikes you because it wasn’t prevented from falling then you can sue the landowner and general contractor for you pain, suffering and lost income.

This rule applies when equipment and material is being hoisted and falls and injures someone. It also applies when materials such as forms, blocks and other structures are in the process of being secured or assembled and they drop. The key requirement under Labor Law 240 is the gravity element, which means something must fall downward because of a lack of a certain safety device or the inadequacy of the device.

When you have been injured in a construction accident, you want a fighter on your side. Someone who will go the distance to make sure you get the justice that you deserve. Our lawyers know the law, inside and out. We know the construction industry and have the experience to prove who was at fault for your injury. Our attorneys know that you did not ask to get hurt, but now you need us on your side.

Until I met Michael, I had no idea how hard lawyers actually work. He was there with me on trial and we had a great experience given the circumstances. I can't say enough about the job he did and how hard and smart a worker he is. Very pleased. Conney Regan