Michael H. Joseph In The Media 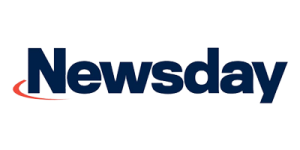 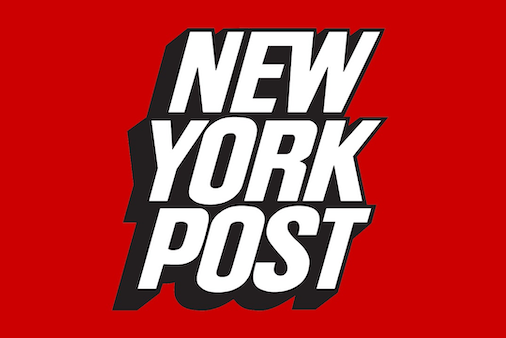 A New York doctor allegedly told his nurse that she’d have to give him oral sex in order to get paid — then retaliated against her by having her falsely arrested, according to a lawsuit filed Tuesday.

Safarlizadeh’s civil lawyer Michael Joseph told The Post that Shokrian “violated the basic duties of a doctor and an employer.”

“He used the criminal justice system as a tool. He fabricated a crime that never happened,” Joseph said. “We intend to expose his lies and hold him accountable for all the damage he has done to Meleny’s life.”

It was April 1, 2011, when Joseph, a White Plains defense attorney, got a call from the Westchester District Attorney's Office telling him they wouldn't be able to prosecute his client on felony drug charges. The evidence — nearly 100 Oxycodone pills — had been lost by New York State Police in Hawthorne.

"We were scheduled for trial, I think, on April 4th," Joseph said. "On April Fools' they called me and said they couldn't prove their case because the oxycodone was missing and I thought it was an April Fools' joke. But then they ended up dismissing that and we took a plea on the cocaine for a conditional discharge." Joseph's client Luis Marquez Quintana initially charged with felony possession of a controlled substance with intent to sell, pleaded guilty to a misdemeanor possession charge less than a year later and served no jail time.

A new database that would give the public access to how often police use deadly or excessive force may show some surprising results to Hudson Valley residents.
Legal experts in the area say the FBI database would document whenever someone is injured or killed by police. It would also show when an officer fires a gun at someone.

According to White Plains-based attorney Michael Joseph, who has handled more than 100 excessive force cases, local police aren't trained properly in de-escalation techniques like they are in bigger cities.
He says the database is a good step forward but worries that since it won't mandate officers to report excessive or deadly force, departments would only do so when they're confident an officer acted properly.
"Since it's not mandatory, it's likely that anything bad won't be reported and they're going to cherry-pick the information by providing only the information that shows the police acted properly," Joseph says.

Man orders a cappuccino, gets a side of cockroach New York Post

A Manhattan man claims in a lawsuit his cappuccino at a swanky Upper East Side steakhouse came with a nasty addition: a large cockroach.

The insect was a nightmarish way to end a meal at The Arlington Club, where dinners can easily hit the $500 mark, said Steven Fleming, who brought friends to the eatery in April.

“We want to make sure we hold this restaurant accountable, and that this doesn’t happen to anyone else,” said his lawyer, Michael Joseph. “For the prices they’re charging the very least they could do is make sure the customers don’t have bugs in their food. We think New Yorkers deserve better.”

A tax lawyer's suit for fraudulent inducement against his former employer was revived Tuesday by a panel of the Appellate Division, First Department. Steven Laduzinski alleged he was lured away from a job at J.P. Morgan in 2012 by a promise of a managerial post overseeing a high workload in the tax department of international consulting firm Alvarez and Marsal.

"The opinion clarifies a muddled area of the law," said Michael Joseph, who represented Laduzinski. "The employment cases have imported defenses to breach of contract claims into what we argued here, which is a tort claim for breach of a duty not to make fraudulent statements."

A construction worker was driving on Bryant Avenue, near its intersection at Mamaroneck Avenue, in White Plains. His vehicle's rear end was struck by a trailing truck that was being driven by Alexander Howard. I claimed that he sustained injuries of his back and neck.

PLAINTIFF SECURITY guard was acquitted at trial for the murder of a fellow guard. Despite summarily dismissing his civil rights complaint alleging malicious prosecution as against the City of New York and various police officers the court denied summary judgment with respect to the detective who signed the felony complaint against plaintiff, the detective who signed a search warrant for his car—which, along with much of the file in plaintiff's case has disappeared and detectives and police officers who testified before the grand jury.

Noting evidence that the testifying officers mis represented facts before the grand jury, the court found that a reasonable juror could infer that the evidence revealed malicious prosecution by those defendants. It declined to hold defendants entitled to absolute immunity for their grand jury testimony. It further reserved judgment, until after the jury's determination of the facts of the case, as to whether certain defendant officers and detectives were entitled to qualified immunity.

Detective Not Entitled to Judgment, Remittitur of Damages in Malicious Prosecution Action

ON JUNE 24, 2008, after finding only defendant detective and a fellow police officer liable for malicious prosecution, the jury awarded plaintiff $1.4 million in damages in his 42 USC 91983 action against defendant, other police officers, and the City of New York. The jury found defendant liable for 90 percent of the compensatory damages, or $1.28 million and his codefendant Michael H. Joseph liable for only 10 percent, $142,626. On Aug. 6, 2008, the jury assessed $75,000 in punitive damages against defendant. The court denied defendant's motions for judgment as a matter of law and qualified immunity. Alternatively defendant had sought remittitur of damages or the verdict's set aside and a new trial. In denying judgment as a matter of law the court noted that plaintiff had overcome the burden of the presumption of probable cause that was created by the grand jury's indictment against him. In denying defendant qualified immunity the court,