Our New York City and Westchester personal injury lawyers are extremely proud of the positive impact we have had on the law. Through our advocacy, we have helped shape the course of caselaw, so that people who are injured get a fair shake in New York's legal system.  The insurance companies are constantly lobbying and pushing tort reform agendas and our personal injury lawyers are on the front lines, battling every day to make sure that the law continues to recognize the right of people who are injured because someone else was at fault, to sue those who are responsible and recover compensation for their personal injuries.

Our New York personal injury attorneys recognize that a bad decision from the Court, not only affects our client, but it affects every other person who was injured in a similar manner. Our lawyers, carry the weight of all of those cases on our backs, every time we write a brief, argue a motion or an appeal. We leave no stone unturned and thoroughly research every legal issue to make sure that our cases have a firm foundation in the law and we have on several occasions had to argue cases where there was no prior caselaw, i.e., cases of first impression. Our attorneys are extremely proud of the contributions that we have made in a wide variety of cases.

SOME OF OUR NOTEWORTHY CASES

Some of the noteworthy cases, where our New York City and Westchester personal injury lawyers have created legal precedent are as follows.

In Manganiello v. City of New York,  our New York malicious prosecution attorney, Michael Joseph, won a major decision upholding a jury verdict which found that New York City Detectives from a Bronx precinct maliciously prosecuted our client for murder, when they knew that the confidential informant whom they relied upon was uncredible and was "playing games to get out of jail". This case was significant because the Courts have dismissed countless malicious prosecution cases where there was an indictment, because an indictment creates a presumption of probable cause. The Courts had allowed malicious prosecution cases to proceed if the presumption was rebutted by proof that an officer lied in the grand jury. In our case the detective did not testify at the grand jury, but we proved that the detectives suborned perjury by brining an uncredible confidential informant to the prosecutor, who then committed perjury in the grand jury, which led to the indictment.  In our case, the Second Circuit expanded the rule and held that we made a sufficient showing of bad faith police misconduct, which was sufficient to rebut the presumption of probable cause and to establish a lack of probable cause for the prosecution. This case has been cited by over 836 other cases as legal authority.

In Cambisaca v. Ruhe, the United States District Court found that our Westchester police misconduct lawyers established sufficient evidence of suppression of favorable evidence where the Ryebrook officers arrested our client for DWI and leaving the scene of the accident. Our attorneys uncovered evidence that the officers failed to document in the case file, that a witness on the scene identified someone else as the perpetrator and hid that information from the prosecutors.  The Court stated that "failing to include an eyewitness statement identifying another individual as the perpetrator of the crime is the quintessential suppression of exculpatory evidence"

This evidence came to light when our Westchester police misconduct lawyers obtained the full radio transmissions from the scene and follow up investigation, which revealed significant information that was withheld from the police case report.

In Hernandez v. Howard, et al, the Court held that our Westchester truck accident lawyers proved that the City of White Plains garbage truck driver was completely responsible for the accident, where the truck rear ended our client's work truck. The Defendants claimed that there was a sudden loss of the brakes, there it was an emergency and he was not negligent. Our truck accident lawyers successfully rebutted this testimony by taking the depositions of the diesel mechanics employed by the City of the White Plains, who testified that since the truck had a fail safe system and air brakes, a complete loss of the braking system was impossible, since the fail safe system would stop the truck, if there was a loss of pressure in the air brake system. The Court found the defendant liable, based upon our summary judgment motion, even though the defendant claimed a defense of a mechanical failure. This case was also notable, because it is one of the first cases where the Court awarded summary judgment based on the issue of serious injury to a Plaintiff, based upon a herniated disc, where the client lost 90 days of work as a construction worker.

WE LIMITED THE SCOPE OF THE WORKING ON THE ROAD DEFENSE Second Appellate Department holds V.T.L. 1103(b) is Limited to Roadway Maintenance and Repair

In Guzman v. Bowen, our client's vehicle was struck by a New Rochelle garbage truck that was travelling against traffic to pick up garbage. The lower court held that to be liable, we had to prove that the truck was reckless, because New York's vehicle and traffic law, 1103(b) allowed trucks that were working on the road to not follow the rules of the road. The lower court overly construed the term working on the road, to mean any municipal vehicle that was being operated in an official capacity. Our Westchester truck accident lawyer appealed and challenged this ruling and the Second Appellate Department agreed with us, and found that the V.T.L. 1103(b) provision only applies to vehicles actually engaged in performing construction, repair, maintenance and similar work upon the highway. Therefore, our Westchester truck accident lawyers were successful in obtaining caselaw that limited this exception. This case has been cited as legal authority in 23 other cases and legal citations.

In Evans v. Esposito, the Court held that our New York City medical malpractice lawyers correctly argued that a Bronx primary doctor who referred a patient to a specialist could be held liable, where the specialist failed to treat a known condition and the primary care doctor remained actively involved in the care and treatment of the underlying condition. In this case, the Court recognized that a mere referral was not enough, where the doctor continued to treat the patient for the underlying condition and was aware that the specialist was not making the appropriate surgical referral for a condition that had to be treated operatively. 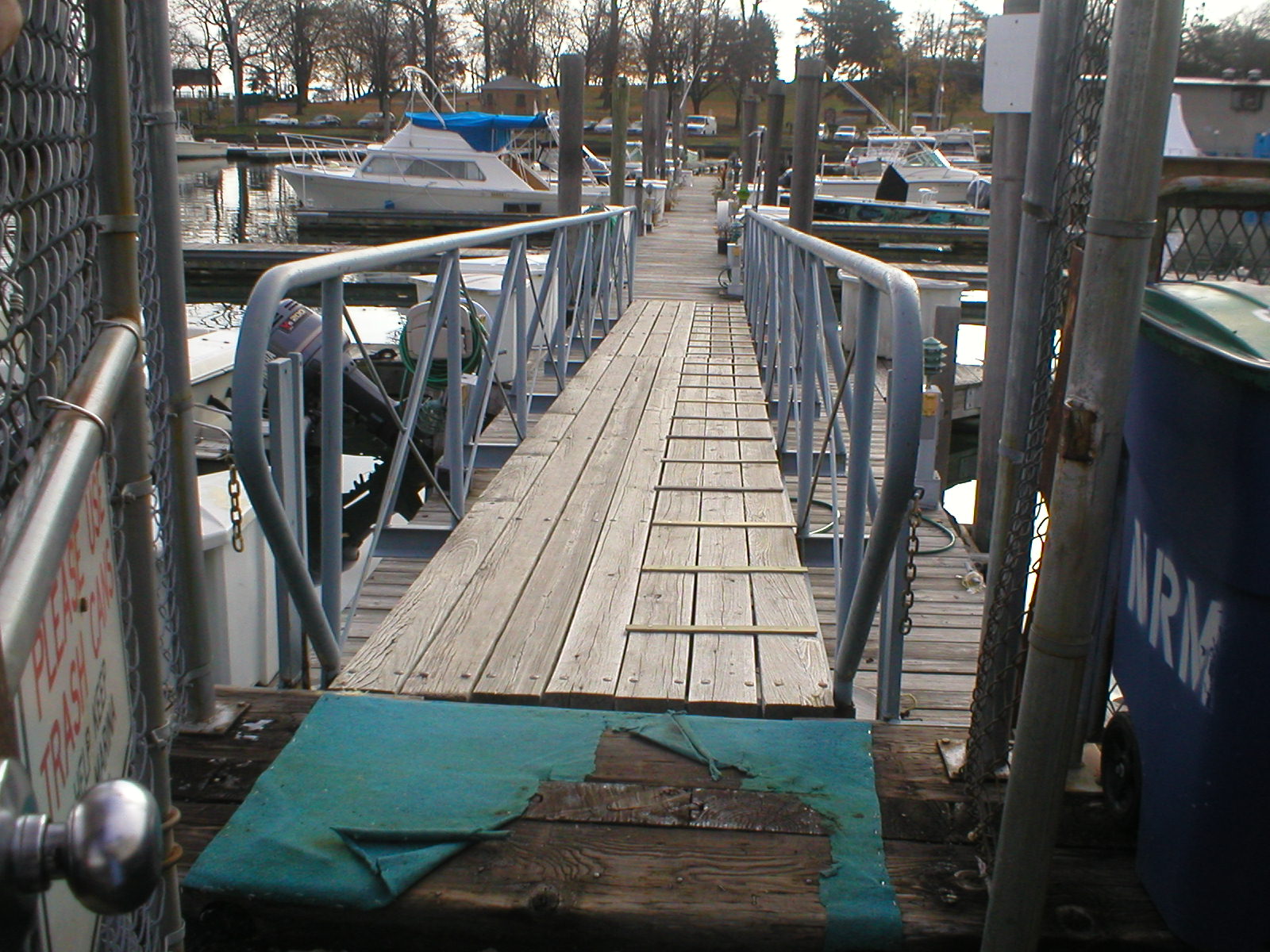 In Lofaro v. City of New Rochelle, the Westchester Supreme Court held that our maritime personal injury attorneys established a prima facie case of negligence against the City of New Rochelle for a slip and fall accident in a City marina. The Court agreed with our admiralty accident lawyers and based upon our expert's affidavit found that "in the maritime context, the lack of nonskid application has been considered sufficient to render a walking surface unreasonably dangerous.  The Court also rejected the City of New Rochelle's claims that Plaintiff had to prove prior written notice of the condition, because the prior written notice only applied to sidewalks, crosswalks, and other public places. The gangway, which was part of a municipal marina, with restricted access, was not a sidewalk, crosswalk or public place, as such the prior written notice law did not apply. 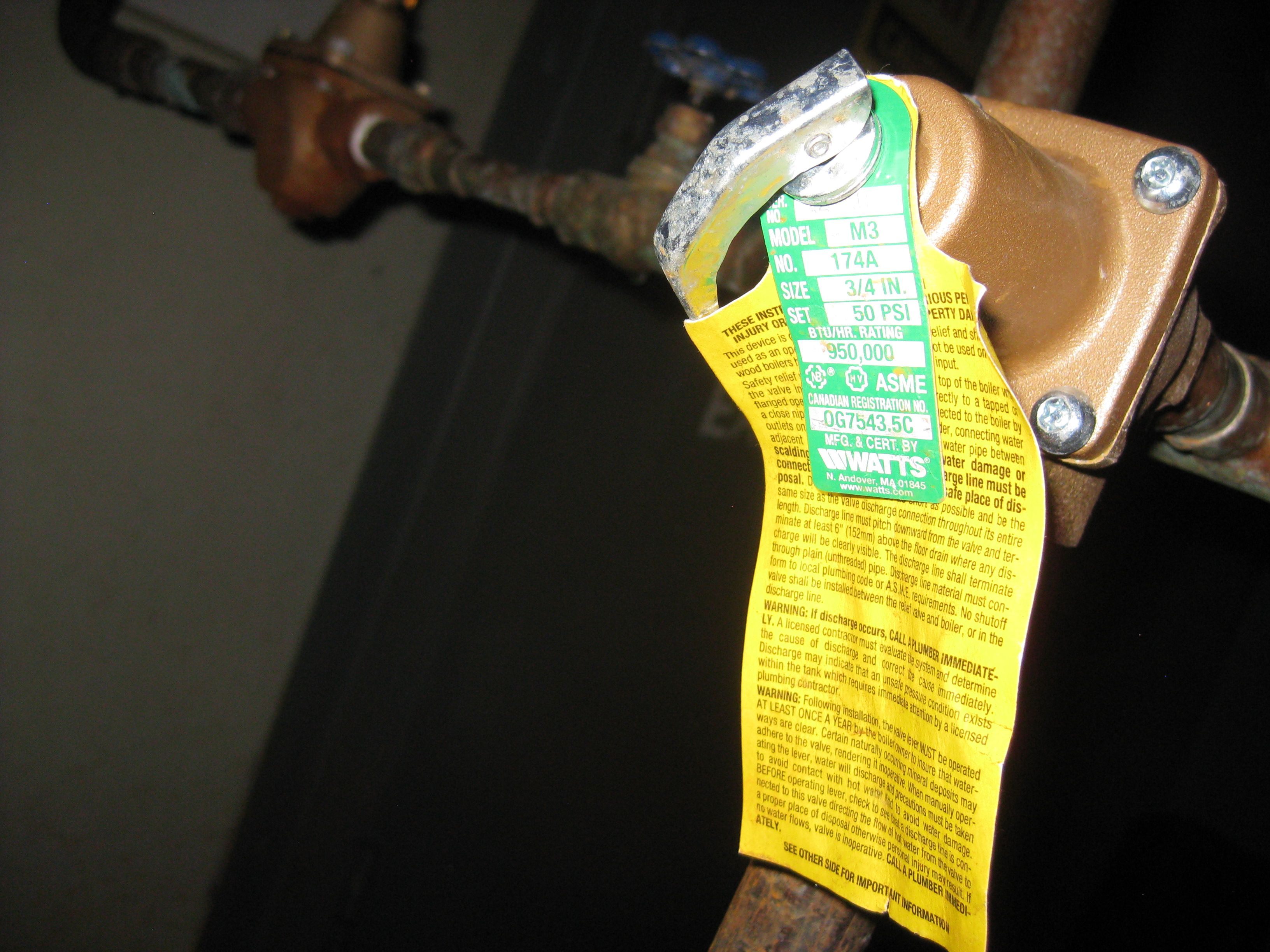 NEGLIGENT INSTALLATION CASE CAN GO TO TRIAL FOR INDUSTRIAL ACCIDENT

In Tarasenko v. Evco Mechanical, the Court denied the defendant's summary judgment motion and held that the Plaintiff who was injured in an industrial accident, established a  prima facie case that the defendant affirmatively created an instrument of harm by installing new high pressure boiler systems, without upgrading the supporting structures and in failing to bring the pressure relief valve and expansion capacity up to code. The defendants argued the Espinal line of cases, which holds that one who contracts to provide a service cannot be sued by a third party in tort. However, in this case, the Court recognized the instrument of harm exception applied because the negligent installation created a recurring dangerous condition. Our industrial accident lawyers worked closely with a mechanical engineering expert to make complex engineering concepts understandable to the Court. 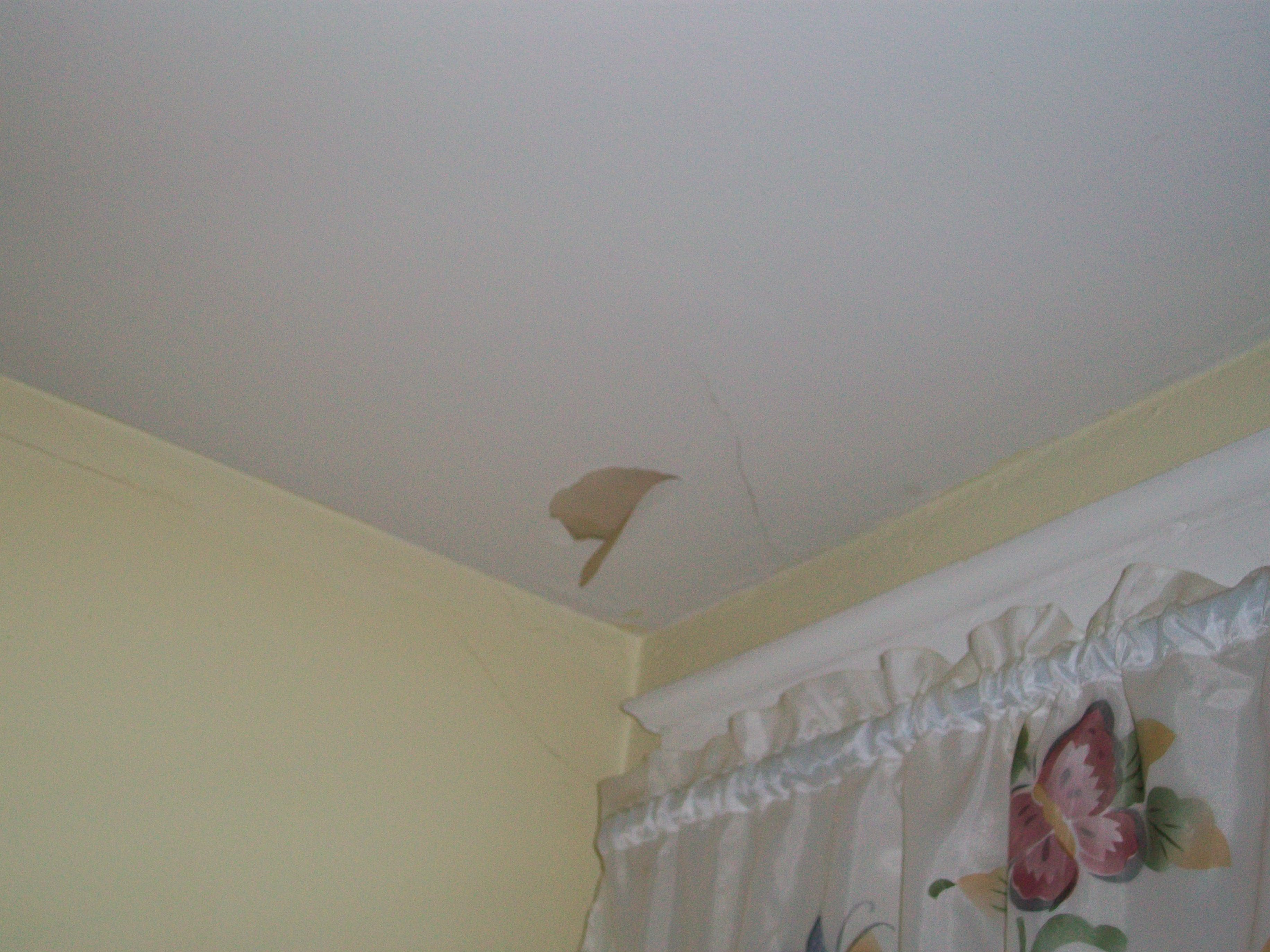 In Andrade v. Vega, the Westchester Supreme Court held that our Westchester lead poisoning attorneys established a case of negligence against an owner of a premises with lead paint. Unlike, the City of New York, Westchester does not have a law that imposes strict liability for infants that suffer lead poisoning upon a premises. Instead, lead poisoned children in Westchester have to meet the Chapman factors and establish notice of the condition. The Chapman factors include proof that the landlord had a right of re-entry, that the premises was constructed before lead paint was banned and there was notice of the dangers of lead paint. Our lead paint attorneys showed that notice could be imputed based upon the defendant's work in construction and his knowledge of when the property was built. Likewise, photographs of peeling and chipped paint were sufficient evidence for the case to go to trial. 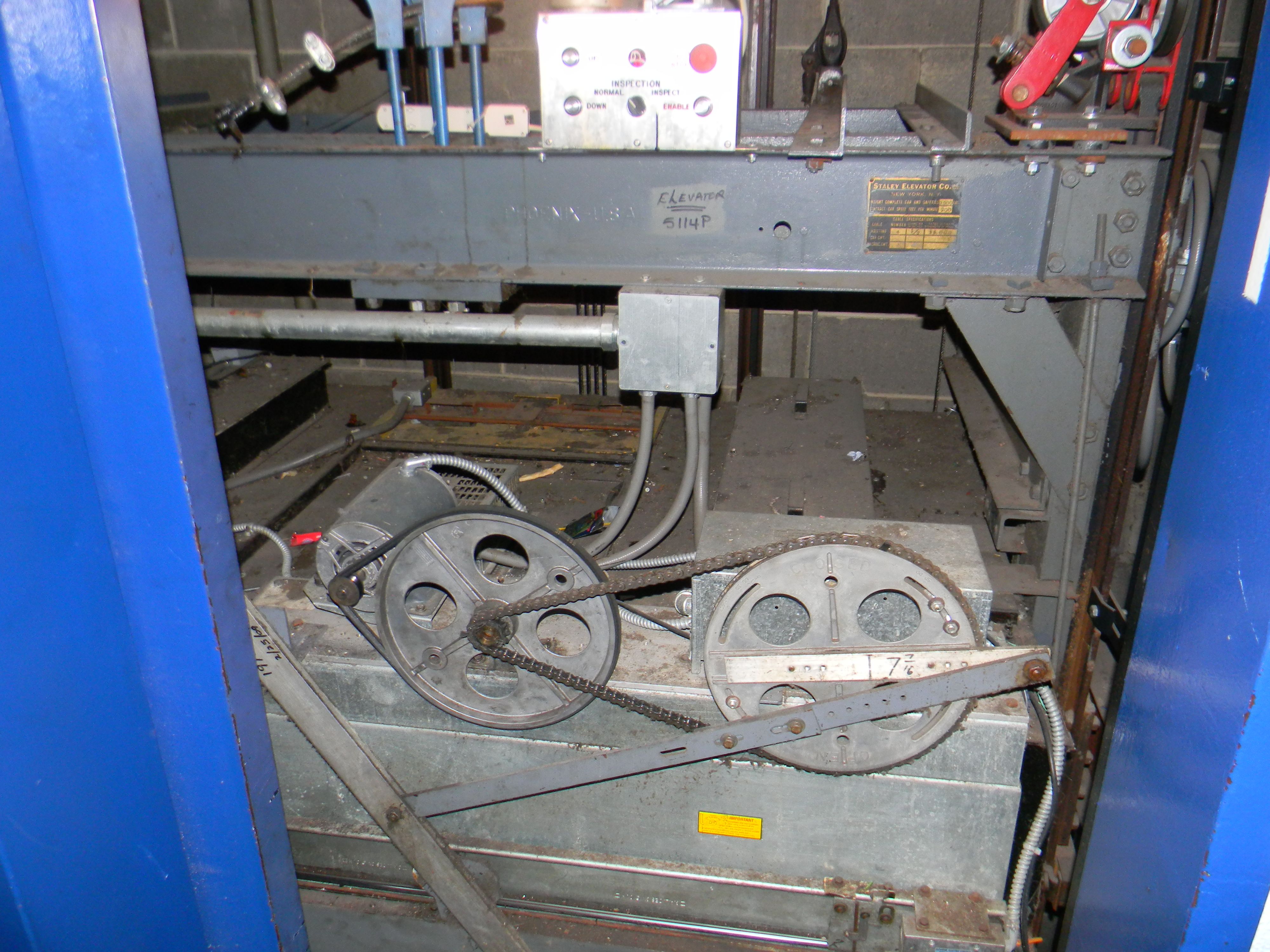 In an elevator accident case, the Westchester Supreme Court ordered the White Plains Housing Authority and its elevator service company to turn over records related to post accident repairs. The Defendants tried to claim that they were not discoverable and were privileged under the post accident repair doctrine. The Court, agreed that our Westchester personal injury attorneys established that an exception applied, because we were using the records to show that there was a dangerous condition in the elevator which caused the accident, and not to hold the repair against the defendant as evidence of negligence. 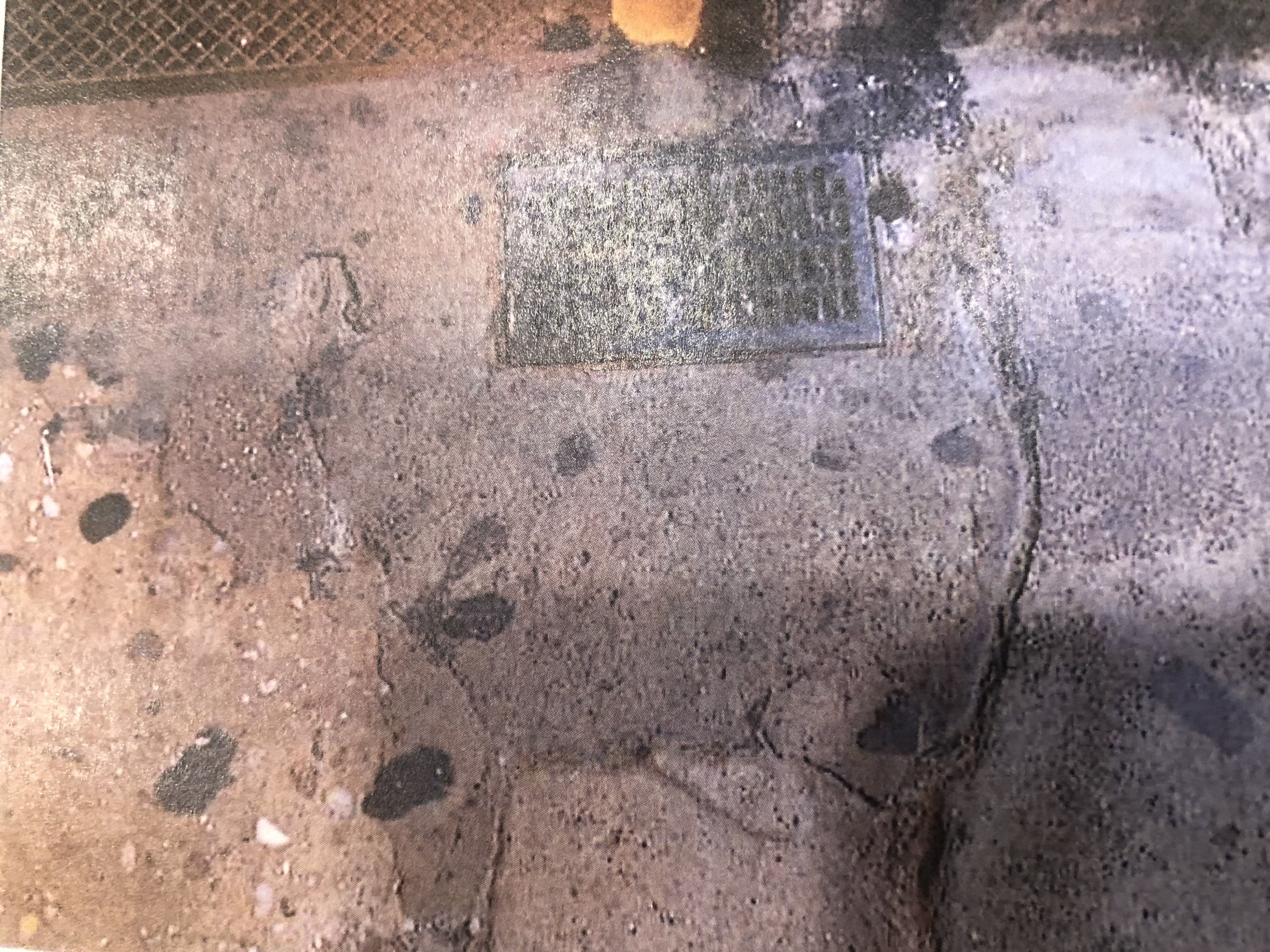 In Brigandi v. New York City Transit Authority, the Court held that our Manhattan personal injury attorneys established sufficient proof that the transit authority caused and created a dangerous icy condition on an exterior stairway landing, where they negligently installed a drainage grate, in a unworkmanlike manner. Through an architect, our attorneys proved that there was concrete that was surrounding the grate which was raised above the grate and impeded the access of water to the grate and in turn resulted in a repetitive condition of pooling water, which froze.