NEW YORK POLICE BRUTALITY, POLICE MISCONDUCT AND UNJUST CONVICTION ATTORNEYS WE ARE ON YOUR SIDE 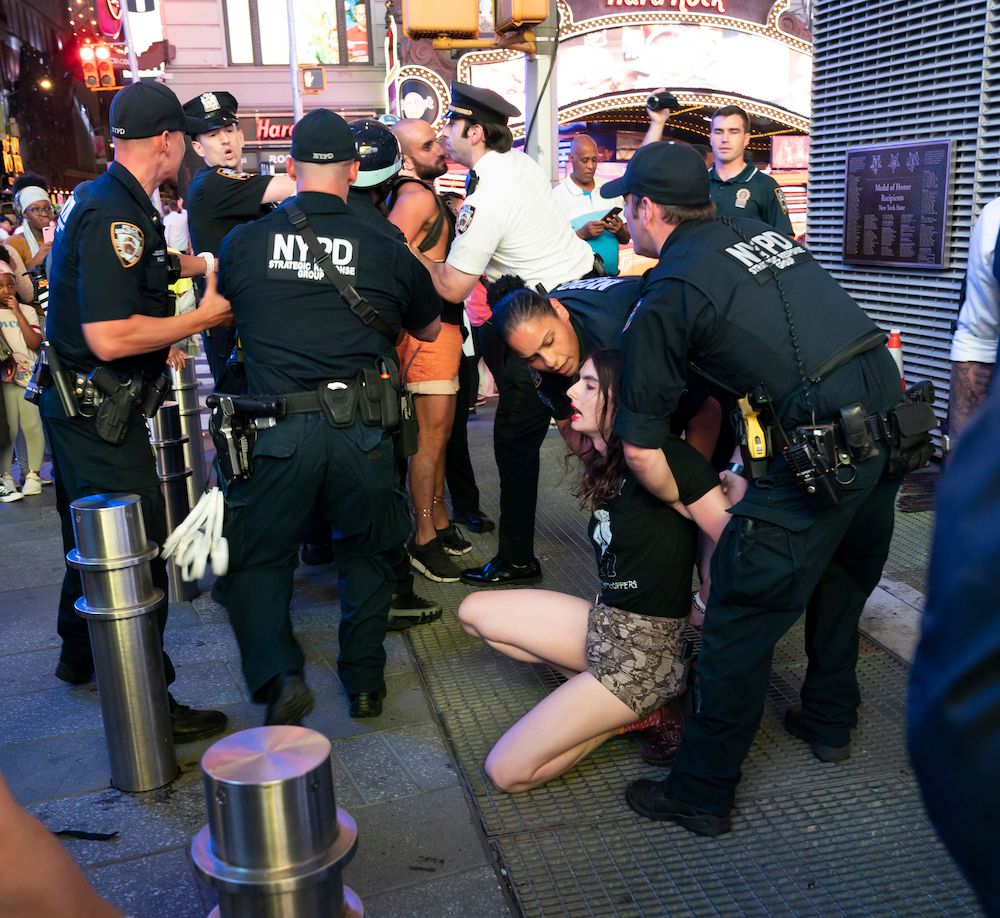 Police in New York and Westchester will often charge people with disorderly conduct, resisting arrest and obstructing governmental administration to justify a baseless arrest and use of force. Our New York and Westchester police misconduct lawyers know how to look closely at the details to expose what really happened. To expose that our clients were subjected to a wrongful arrest, our attorneys work quickly to get surveillance footage that undermines the police officer's version of the events and which can prove you are innocent.

One of the most frequent questions that our Westchester and NYC police misconduct attorneys are asked is can you sue for a wrongful arrest or a false arrest. Both Federal and New York State Law gives citizens the right to sue the police and government employees for violations of their civil rights and liberties.  Police brutality and police misconduct are serious offenses which should not be ignored.  Our New York City police misconduct attorneys have recovered substantial compensation for people who were falsely arrested, maliciously prosecuted, falsely imprisoned and subjected to excessive force by the police. 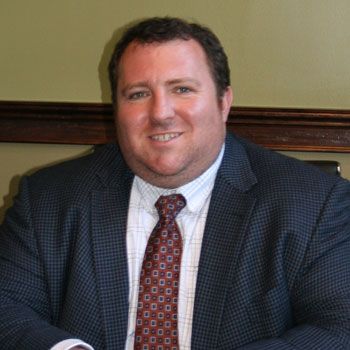 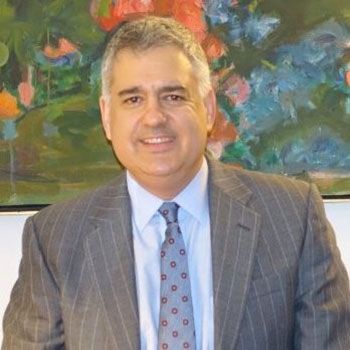 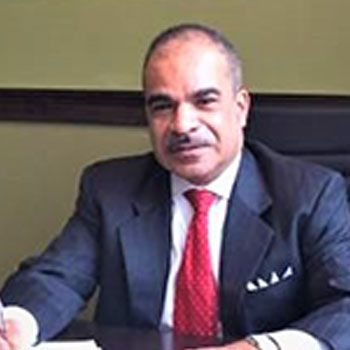 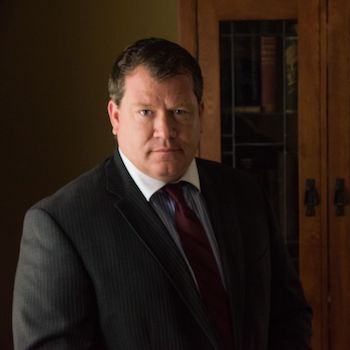 If you were harmed because of the improper actions of the police or other government officials, the law allows you to seek compensation for what happened to you. Our New York civil rights attorneys are committed to make sure that those who abuse their power are held accountable and that victims of police or other governmental misconduct are properly compensated. Whether you were the victim of police brutality, false arrest, malicious prosecution or were wrongfully convicted, our NYC police misconduct attorneys can help.

A few of the areas which our New York civil right lawyers have experience are as follows.

We Can Handle Police Brutality Cases

Our New York false arrest lawyers have handled many false arrest cases. Under the United States Constitution and the New York Constitution, the police may not arrest a person without probable cause for such the arrest. This means that a police officer must have information that would lead a reasonable person who possesses the same official expertise as the officer to conclude that the person being arrested has committed or is about to commit a crime, whether in the police officer’s presence or otherwise. If the police lied or misrepresented what happened to justify an arrest, you can sue for false arrest.
If you were falsely arrested, you are entitled to recover compensation for the experience and time you spent incarcerated.

Our police misconduct lawyers know that officers go to far and often strip search arrestees without legal justification. Sometimes, they are overzealous, sometimes they do it to humiliate the arrestee or to fulfill their own sexual gratification. New York law, as well as the Constitution recognize that the police may not strip search everyone they arrest.  Even if someone was arrested for drugs or weapons, that is not an automatic justification for a strip search. A strip search or body cavity search requires particularized suspicion that an arrestee is hiding drugs, weapons or contraband under their clothing. If you have been unlawfully strip searched by the police, call our New York police misconduct attorneys. 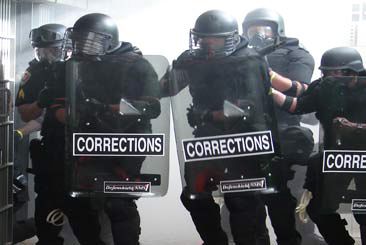 Generally, police officer must use only the amount of force which is reasonable to subdue a suspect. Often in the arrest context, police officers in New York, will use more force than necessary or use force when none is necessary. If the person being arrested is not resisting, then the officer is not entitled to use any force.

Our New York City and Westchester police brutality lawyers are aggressive in finding witnesses, documenting injuries and mechanisms of injury to expose the lies. Our attorneys are aggressive in securing video evidence to demonstrate what really happened. While most jurors are inclined to believe police officer, where there is video evidence that show they are lying, our police misconduct attorneys make every effort to get the video evidence. Our New York police brutality lawyers have handled numerous cases of unjustified use of mace, pepper spray and beating a suspect who was handcuffed. 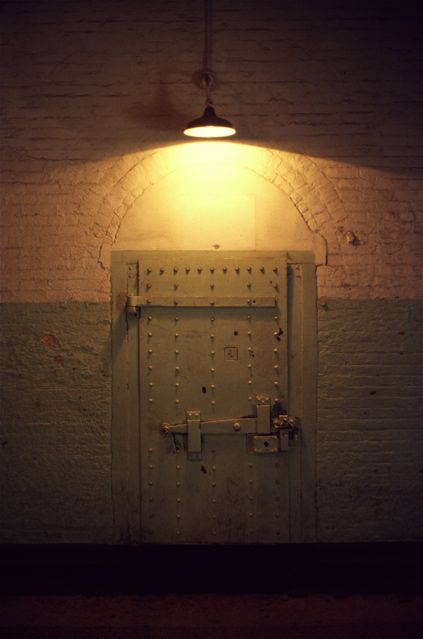 PRISONERS ASSAULTED BY OTHER PRISONERS

Counties, such as Westchester County and New York City can be sued when they don’t provide adequate safety in a County or City jail.  New York Courts recognize that prison officials are responsible to protect prisoners from violence and assaults by other prisoners. Under these laws, correction officers who permit or turn a blind eye to beatings and even prison rape to occur can be sued.

Under New York state law, prison officers can also be held liable for failing to protect prisoners from dangerous inmates. Deliberate indifference and negligence can be proven where corrections officers ignore threats to an inmate, fail to properly classify inmates and separate gang members. 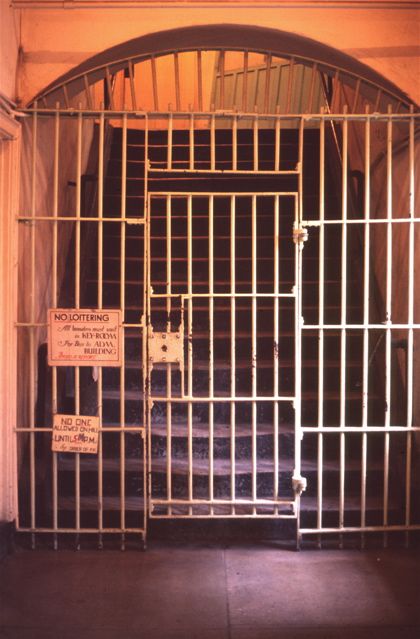 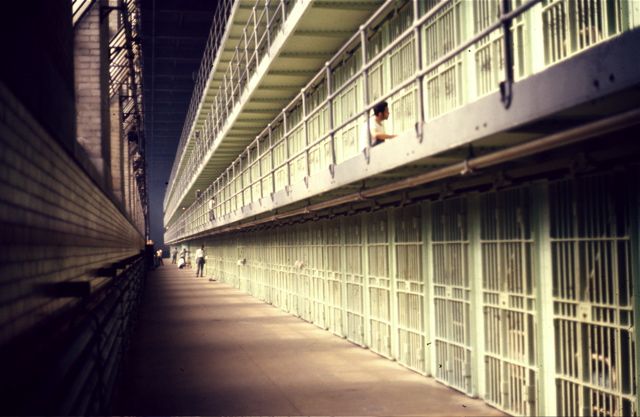 LACK OF PROBABLE CAUSE

Thanks to a 2022 United States Supreme Court deision, the definition of favorable termination is now more broad. To establish a favorable termination, the requirement is that the prosecution is at an end and did not result in a conviction. While prior to 2022, the standard in New York was that the conviction was not inconsistent with innocence and the Second Circuit required that a case end in a manner that was indicative of innocence, this new rule is far more advantageous to clients. So if you case was abandoned by the prosecution, dismissed in the interest of justice or even dismissed for facial insufficiency, you may be able to now sue.

THE DUE PROCESS CLAUSE  Sometimes, You Can Sue For Due Process Violations Even If You Cannot
Sue For Malicious Prosecution 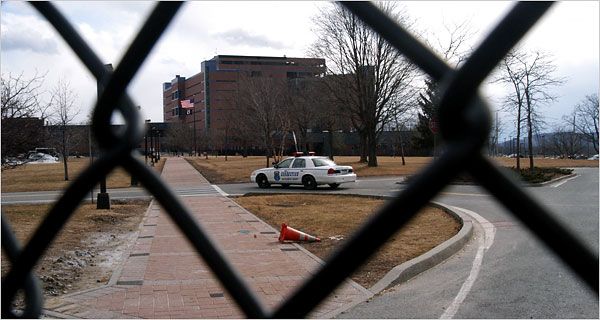 The Due Process clause allows people to sue if their rights to Due Process were violated. In this context, the Courts have recognized that if the police fabricate evidence, or withhold or suppress evidence that is favorable to some one who is accused of a crime, that is sufficient to establish a violation of the Due Process Clause.  The Due Process clause does not have a favorable termination requirement, so you can sue under the Due Process Clause even if you received a dismissal based upon facial sufficiency or some other dismissal that does not qualify for a malicous prosecution case. But obviously, if you were convicted you cannot sue, unless the conviction was overturned or vacated.

The Due Process clause allows a person who was incarcerated while waiting for trial, to sue, if the police were in possession of evidence that showed the accused was actually innocent. This is often referred to as a Russo Claim. The most common example of a Russo Claim or a Due Process claim based upon prolonged detention occurs when the police have video evidence or forensic evidence which shows that someone else committed the crime, and exonerates the accused. 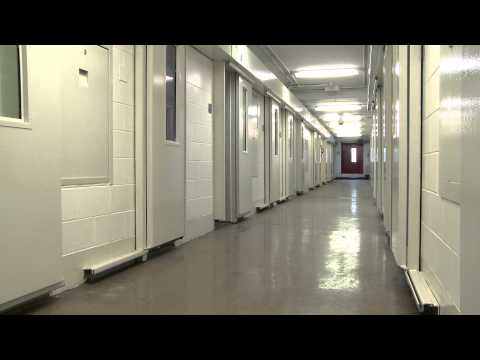 If your conviction was vacated or reversed and you served prison time, even though you were actually innocent of the crime for which you were prosecuted, then  you may be entitled to compensation. New York has set up a compensation program under section 8B of the Court of Claims Act, in which the State will compensate innocent people who were wrongfully incarcerated or imprisoned, if their conviction was vacated. Our New York attorneys who represent exonerees know the damage that being wrongfully incarcerated does to a person's life. You can seek compensation for wrongful incarceration in the New York Court of Claims and sue those responsible in the New York State and Federal Courts for malicious prosecution at the same time.  If you spent time in jail for a crime that you did not commit and were exonerated, call our New York wrongful incarceration attorneys.

These claims have strict deadlines and require that a Notice of Intention to File a Claim be filed with the Attorney General's office within 90 days of the person's release from incarceration, then a claim must be filed within two years of the release. If you have an 8b claim, do not wait until the last minute, because the claim requires that you submit evidentiary evidence with your claim, which can take a significant amount of time to properly prepare.

A Claimant seeking compensation for an unjust conviction under Section 8-b of the Court of Claims Act (“Section 8-b”) must prove by “clear and convincing” evidence that: (a) he or she was convicted of a felony, sentenced to a term of imprisonment, and has served all or part of that sentence; (b) that his or her conviction was reversed or vacated on a ground set forth in CPL 440.10 or 470.20; (c) he or she did not commit the acts charged in the accusatory instrument; and (d) he or she did not, by his own conduct, cause or bring about his conviction.

The pleading requirements are stringent in a claim for unjust conviction. The claim must state facts in sufficient detail to permit the court to find that claimant is likely to succeed at trial in proving that (a) he did not commit any of the acts charged in the accusatory instrument or his acts or omissions charged in the accusatory instrument did not constitute a felony or misdemeanor against the state, and (b) he did not by his own conduct cause or bring about his conviction. The claim shall be verified by the claimant. If the court finds after reading the claim that claimant is not likely to succeed at trial, it shall dismiss the claim, either on its own motion or on the motion of the state. This means that even cases with merit can be dismissed if they are not drafted correctly. So if you have an unjust conviction claim, consult with our New York unjust conviction lawyers so your case gets presented correctly.

HOW MUCH CAN I SUE FOR

One of the most frequent questions that our NYC false arrest and malicious prosecution lawyers are asked is how much can I sue for false arrest? The answer is it depends. False arrest, by itself only covers the time period up until you are arranged. So you are entitled to monetary damages for whatever period of time that you were confined. If you were just detained, and then released you can sue for the annoyance and embarrassment for that time period. However, if you were arrested and spent the weekend in jail, waiting to see the Judge, obviously you are entitled to much more significant damages. If the police acted improperly and made up a reason to arrest you, then you can also recover punitive damages.

For an excessive force or police brutality case, you are entitled to sue for compensation for your injuries and the amount that you can receive depends on the nature and extent of your injuries. You can also sue for lost earnings or a lost earning capacity if your injuries prevent you from being able to do your normal job.