OUR NEW YORK CITY PERSONAL INJURY LAWYERS ANSWER OUR CLIENT'S FREQUENTLY ASKED QUESTIONS WHO DO I SUE IF THE BROKEN SIDEWALK WAS IN FRONT OF A BUILDING? 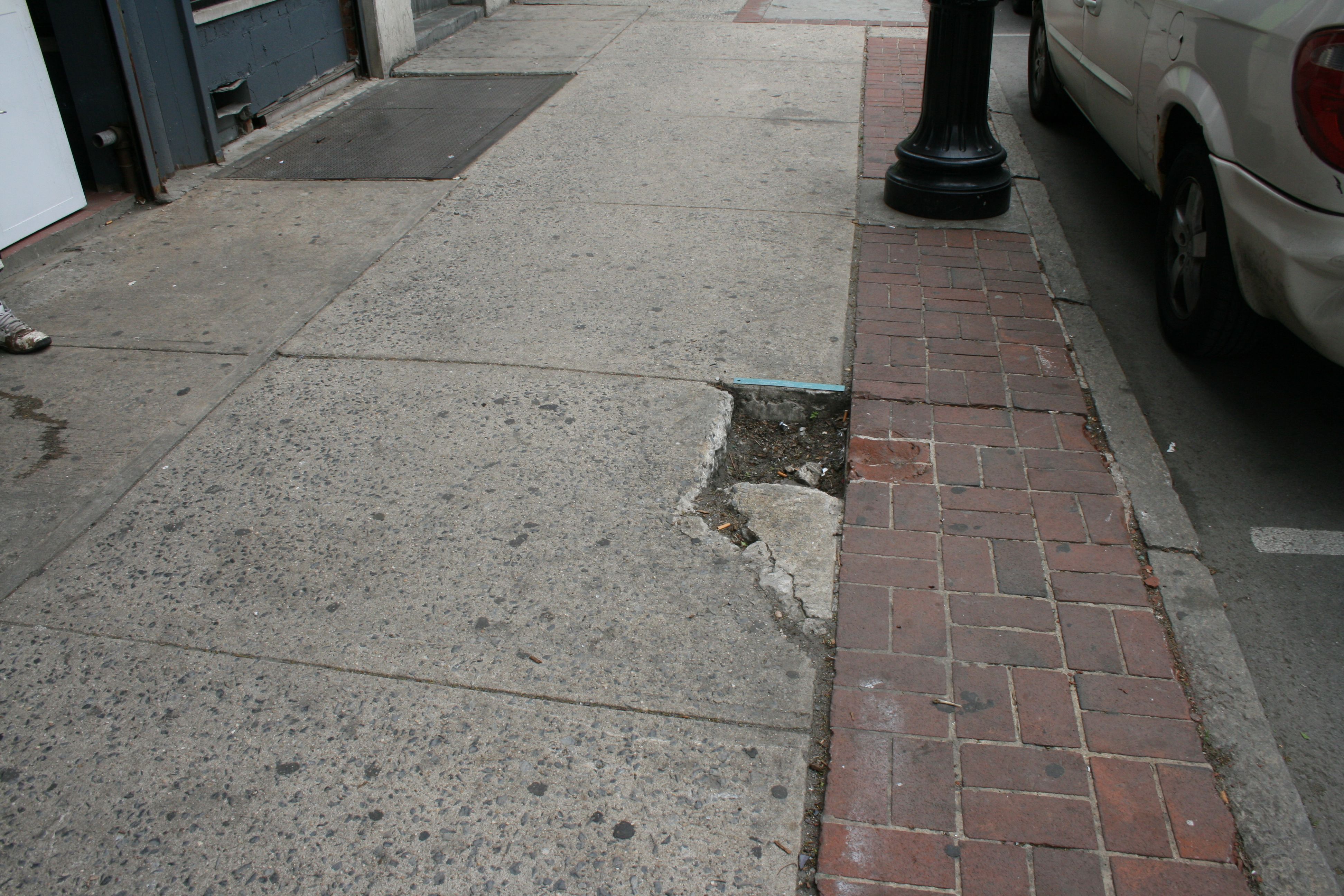 If you suffered a personal injury because you tripped and fell on a broken sidewalk, pothole or defective portion of the sidewalk, you can file a lawsuit for your injuries. However, who you can sue based on a number of factors. In New York City, which is the five boroughs of the Bronx, Brooklyn, Manhattan, Queens, and Staten Island, sidewalk accident cases are covered under the New York City Administrative Code, which places the responsibility to maintain the sidewalk, on property owners. In other words, it is the responsibility of property owners to maintain and repair the sidewalk in front of their business.  If the property owners fails to maintain and repair the sidewalk and you get hurt, they can be sued to compensate you for your personal injuries. There is an exception for single family homes and two family homes, but any large commercial property owner is responsible to maintain the sidewalk that runs alongside their property.  So if your trip and fall occurred on a broken sidewalk that runs alongside or in front of a commercial property, our personal injury lawyers will make claim against the owner of the building for an accident that occurs.

CASES AGAINST NEW YORK CITY What Do I Have To Do To Sue The City?

If you suffered personal injuries in a trip and fall accident on a broken sidewalk that is not in front of a commercial property, or a one or two family home, which is not covered by the New York City Administrative Code, then you would have to bring a claim against the City of New York. Our New York City trip and fall lawyers know that City of New York claims are more complicated than cases against commercial property owners.

When you sue the City for a sidewalk accident, there are a lot more loopholes you have to jump through. Under New York municipal law, anyone injured because of the City’s negligence has to file a notice of claim with the City of New York within 90 days of the accident to preserve the right to sue. These notices of claim are filed with the New York Corporation Counsel's office, which is located at 100 Church Street in Manhattan  Once you file that notice of claim, you then have a year and 90 days to bring a lawsuit. If you tripped and fell on the sidewalk outside of a business, you do not have to file a notice of claim. The only exceptions are if you fell outside of a property which is owned by the City of New York or a property owned by a public authority, such as the New York City Transit  Authority, the Port Authority, New York City Health and Hospital Corporation or some other public benefit corporation or authority.

Our New York City accident lawyers have won these motions on countless occasions for clients that come to us after the time in which they were supposed to file a notice of claim. But you should hire an experienced New York City sidewalk lawyer as soon as possible because whether the motion is very late or a little late is a factor that the Courts consider.

How Do I Win a Lawsuit Against A Property Owner?

If your trip and fall accident occurred alongside a regular commercial property on the sidewalk, you don't have to prove that the owner had prior written notice. All you have to do is show that the defect was present for long enough for them to have fixed it. In other words, you have to prove that the owner either knew the sidewalk was broken, or that is was broken for so long that they should have known that the sidewalk was broken and they should have fixed it. This is known as the notice requirement.
With new technology, our New York personal injury lawyers have been able to prove this more and more frequently using Google maps. We are now able to go back in time and find that a crack, mis-leveling, or pothole has been present for years. Our New York City pothole injury lawyers know that quite often, property owners will admit that the crack was there for a few months or years
and they didn't do anything about it. Our N.Y.C. personal injury attorneys are sometimes able to get records which show there
have been calls and complaints about the particular property.So where the sidewalk was broken for months or years, and the property owner visited the property on a daily or weekly basis, our NYC broken sidewalk injury lawyers can prove, that the owner had to know the sidewalk was broken and that they were negligent in failing to fix it.

What Do I Have To Prove To Win A Lawsuit against the City Of New York for A Broken Sidewalk?

In a lawsuit against New York City for a broken sidewalk, New York City has a law that requires you to prove either that the City  caused the defect or dangerous condition on the sidewalk or that the City of New York had prior written notice of the defective condition and failed to fix it in a reasonable time. That can be very difficult. However, our New York City personal injury lawyers have a lot of expertise in determining when the city did, in fact, negligently caused a sidewalk to be in a broken condition. A lot of times, by just looking at the defects, our New York City broken sidewalk accident attorneys can tell if the construction of the sidewalk was done improperly. Our lawyers often consult with engineers to see what actually caused the defect.

PROVING PRIOR WRITTEN NOTICE AGAINST THE CITY

In a prior written notice, pot hole case against the City, knowing where to look is incredibly important. The City has several programs that require surveys, which document the condition of the sidewalk. Our New York City personal injury lawyers have become creative in finding the prior written notice. For example, the City of New York has a pedestrian ramp program, which means they survey the condition of pavement where the curb meets the crosswalk. In other cases where there is a proposed construction project, the City documents and often photographs the sidewalk. Knowing what records to ask for can make the difference between winning or losing the case.

WHAT SHOULD I DO AFTER A POTHOLE TRIP AND FALL ACCIDENT?

The first step is to document where the accident happened. Take pictures of the defect itself from both close up and far away, so we can see exactly where the accident occurred. Our investigators will go out and ascertain what building or property the sidewalk is in front of, if
any. Everything depends on where the accident happened. We will go out and photograph the area. From the address of the properties that the sidewalk runs in front of, we can do a deed search and find out who the actual owner of the property is. Once we know who is responsible to maintain the sidewalk, then our Manhattan personal injury lawyers can file a claim with the appropriate party.

Who Is Responsible For A Trip And Fall That Happens On A Sidewalk Near A New York City Construction Site?

HOW LONG DO I HAVE TO SUE?  The Answer Depends On Who You Are Suing

THE STATUTE OF LIMITATIONS AGAINST THE CITY OF NEW YORK

If the responsible party is the City of New York, the New York City Transit Authority, the Port Authority, or a School Construction Authority, you only have 90 days to file a notice of claim. After filing the notice of claim, a lawsuit must be filed within a year and 90 days of the occurrence.

THE STATUTE OF LIMITATIONS AGAINST PROPERTY OWNERS AND CONTRACTORS