DANGEROUS CONSTRUCTION SITE CONDITION INJURIES  WE ARE ON YOUR SIDE

EVERYONE HAS THE RIGHT TO GO HOME WITHOUT AN INJURY 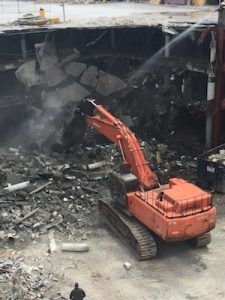 New York’s Labor Law 241 make the general contractors and property owners on commercial construction projects responsible to comply with all of New York’s Labor Laws and a violation of any of the concrete New York's Labor Laws or a dangerous condition on site allows injured construction workers to hold the landowner or general contractor liable for the injury. General contractors are required to provide construction workers with a safe workplace environment and a contractor who fails to do so may be held responsible for any resulting injuries. Unfortunately, despite the state, federal, and municipal laws established to protect workers, building sites are some of the most hazardous workplaces across the nation. To assert their legal rights, construction workers who were hurt due to an unsafe condition on the job need a New York construction accident lawyer to vigorously advocate for them. The Law Office of Michael H. Joseph, PLLC has more than two decades of experience helping accident victims pursue the compensation that they deserve.

Mr. Joseph took my case when I didn't know where to turn. I had a previous lawyer who was not very helpful, and I decided to find help elsewhere.
The moment I started sharing my story with Mr. Joseph on the telephone, he made me feel like someone cared. He listened. He helped. Thats all I wanted.
Thank you Mr. Joseph and your team. 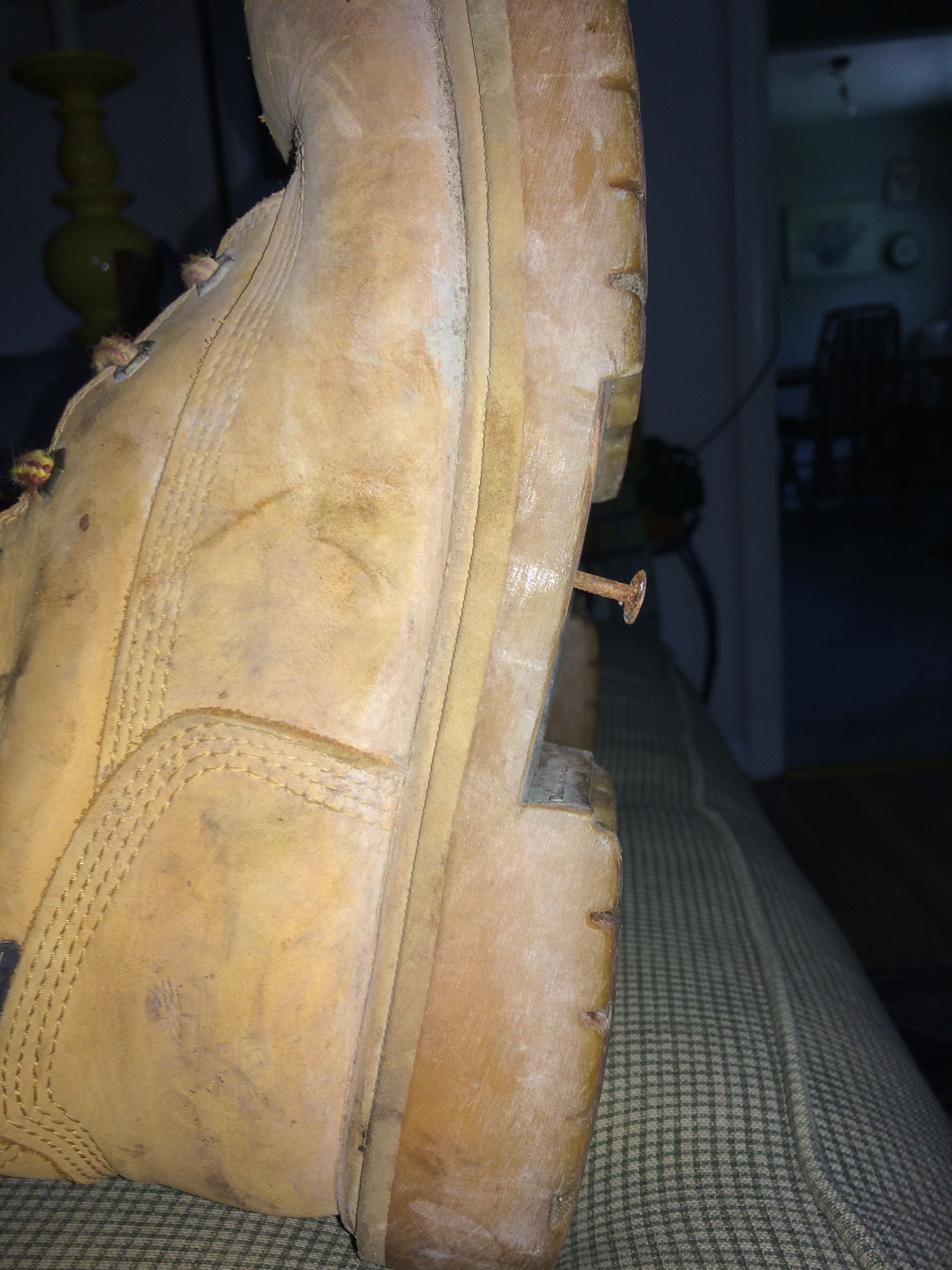 Our New York construction accident lawyers know that the New York Industrial Code requires that all passageways on construction sites be kept free from accumulations of dirt and debris and from any other obstructions or conditions which could cause tripping. New York law also requires that sharp projections which could cut or puncture any construction worker must be removed or covered. This section applies in the all too common situations where nails are stepped on which are left lying around or debris, such as scrap wood or metal is left in a passageway. Another section of the same regulation requires that the parts of floors, platforms and similar areas where people work or pass by must be kept free from accumulations of dirt and debris and from scattered tools and materials and from sharp projections insofar as may be consistent with the work being performed. These provisions taken together provide firm standards which are intended to keep workers who are often carrying heavy materials or dangerous equipment from falling and getting hurt.

Demolition workers are also constantly exposed to falling debris, objects and collapsing walls and other structures. Labor Law 241 and the New York industrial code has numerous sections which protect demolition workers from unsafe site conditions.  Some of the more common unsafe site conditions that construction workers encounter while doing demolition includes debris being thrown. To prevent this hazard, the New York Industrial Code requires that safe means of disposing of debris be used, including chutes and that safety nets and sidewalk sheds be provided to protect workers who are working underneath an area where demolition is occurring.

Another common unsafe site condition is structural collapses of walls, studs, beams and other materials collapsing. To protect construction workers from being injured from collapsing structural components, the Code prohibits parts of buildings from being left unguarded in such a condition that such parts may fall, collapse or be weakened by wind, pressure or vibration. Likewise, there must be inspections during hand demolition to ensure proper bracing and shoring to prevent personal injuries caused by weakened and deteriorated floors or walls or injury from loosened material.  Therefore, if you were injured because of falling debris or collapsing walls or other structures, or because there was inadequate bracing, shoring, or a lack of overhead protection, you are entitled to money for your personal injuries under Labor Law 241. 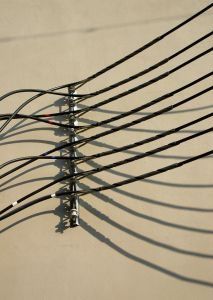 New York's Labor laws have strict requirements that are intended to protect workers from being electrocuted.  For example New York's Industrial Code requires that before  any work is started, including any construction, demolition or excavation site work, the contractor must determine the voltage levels of all energized power lines and power facilities around the work site and that all electrical sources be identified by voltage level and phase. The contractors are also required to  inspect and determine if any electrical power circuit, (both exposed or concealed) is located in a position where the performance of the construction work will place any person, tool or machine into physical or electrical contact and the contractor and building site owner must post and maintain proper warning signs where any circuits exist. In addition to just warning the workers, the general contractor and building site owner is required to  make sure that no workers perform work close enough to a power circuit that they may come in contact with the electrical current, unless the worker is protected against electric shock by de-energizing the circuit and grounding it or by guarding the circuit with effective insulation or other means. In other words, if you were shocked at a construction site, it was the general contractors fault for allowing you to work near live current, without proper protection.

If you suffered an eye injury becuase you were not provided with eye protection or adequate eye protection then you have a lawsuit.  The New York Industrial Code requires that all construction workers be provided with approved eye protection equipment  which is suitable to protect teh worker from the types of hazards involved in their work.  Eye protection is specifically required to protect construction workers while they are employed in welding, burning or cutting operations or in chipping, cutting or grinding any material from which particles may fly, or while engaged in any other operation which may endanger the eyes... If you suffered an eye injury while performing any of these construction activities because something flew into your eye, you can sue the general contractor and building site owner, for failing to provide proper eye protection.

Often construction workers, especially those who work in demolition have to work around hazardous fumes or substances, including gases, aesbestos, mold or other chemicals. New York's industrial code requires that workers be provided with proper protection to protect their lungs from injury and illness.  New York's Industrial Code requires that workers who can be endangered by fumes or dangerous chemicals be provided with respirators which are suitable  for the type of work being done and for the particular air contaminant that is present at the job site. Our construction injury attorneys know tht merely providing a respirator is not enough, the law also requires that the contractor   maintain the respirator in good repair and make sure that it remains in proper working condition. Maintenance is also an important aspect in providing for the safety of construction workers, so the New York Industrial Code requies that general contractors and building site owners  provide daily inspection and cleaning of the respirator, as well as weekly disinfecting of the respirators. Respirators must also be disinfected before being transferred from one person to another.  Proper storage of the respirators is also essential to preventing illness, so the New York Industrial Code requires that the respirators be stored in closed containers when they are not in use.

Often construction workers are required to work with chemicals and materials that can cause burns if it gets directly on the skin, such  as acids, high temperature water or even cement. To protect workers from the corrosive subtances that workers are required to handle, the New York Industrial Code requires that every construction worker that has to work with or use or handle corrosive substances or chemicals  be provided with appropriate protective apparel as well as approved eye protection. If you suffered a thermal or chemical burn while doing costruction or demolition because you were not provided with adequate clothing to protect you from the chemicals or corrosive substances that you had to work with or work around, the general contractor and building side owner are required to compensate you for your injuries.

New York law requires that construction workers be provided with safe walkways to perform their work. If you were injured because you slipped on a slippery substance, such as grease or ice or tripped on debris, such as discarded materials, then you can sue for your personal injuries. Where construction companies cut corners to get the work done quicker and leave debris all over the site, they are responsible to compensate the construction worker who gets hurt because they left debris all over the worksite.  These regulations apply whether you slip and fall and get hurt, or if you trip and something you are carrying falls on you.

If you were injured becuase you stepped in an ungaurded hole or dangerous opening, then you have a case. Whether you stepped in an opening in rebar, a piece of wood covering a hole that moved under your weight or an uncovered drain, you were not provided with a safe construction site. New York's Industrial Code requires that all hazardous openings into which a construction worker may step or fall be guarded by a substantial cover fastened in place or by a safety railing. Our N.Y.C. construction accident lawyers know that the insurance companies claim that access to the area is necessary, but our lawyers know that a need for access is not a defense because the regulations also requires that where free access into such an opening is required by work in progress, a barrier or safety railing must guard the opening and the means of free access to the opening shall be a substantial gate and the gate must swing in a direction away from the opening and shall be kept latched except for entry and exit. The  New York Courts have recognized that “hazardous opening” are any opening large enough for a person to fit into.  Often in large New York City projects, there are large holes that construction workers must work around. In these circumstances, the regulation requires that where employees are required to work close to the edge of such an opening such employees shall be protected as follows: Two-inch planking, full size, or material of equivalent strength installed not more than one floor or 15 feet, whichever is less, beneath the opening; or an approved life net installed not more than five feet beneath the opening; or an approved safety belt with attached lifeline which is properly secured to a substantial fixed anchorage.Our Westchester and Manhattan construction injury lawyers know that falls through ungaurded holes are an accident waiting to happen.