Maritime Law When Is A Barge Construction Worker Covered By The Jones Act By Michael Joseph on January 05, 2010 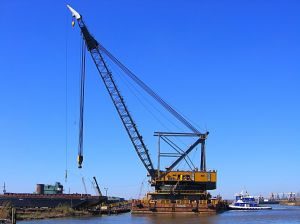 As a New York Jones Act lawyer, I have seen numerous instances where the line between who is a Jones Act Seaman and who is a landworker are not clear.

Only seamen are entitled to sue for damages under the Jones Act. To prove “seaman status,” an employee must establish his or her (1) “’employment-related connection,'” (2) “‘to a vessel in navigation.'”

An “employment-related connection” to a vessel exists if the “worker’s duties contribute to the function of the vessel or to the accomplishment of its mission” and the worker’s connection to the vessel must be “substantial in both its duration and its nature.”

The Second Circuit has articulated factors to be considered in determining when a floating structure is a vessel in navigation within the meaning of the Jones Act: “(1) whether the structure was being used primarily as a work platform during a reasonable period of time immediately preceding the accident; (2) whether the structure was moored [or otherwise secured at the time of the accident; and (3) whether, despite being capable of movement, any transportation function performed by the structure was merely incidental to its primary purpose of serving as a work platform”

A barge is not a vessel where the barge lacks a means of self-propulsion, is being used as a work platform at the time of and for a reasonable period immediately preceding the accident, the barge was moored to a dock at the time of the accident, where it remained except when towed to drydock for biannual inspections and repairs, and the barge was not recently used to transport cargo across navigable waters. Basically if the transportation function of the barge is merely incidental to its primary purpose as a work platform, the workers are not Seamen, but rather are entitled to benefits under the Longshore Harbor Workers Compensation Act.