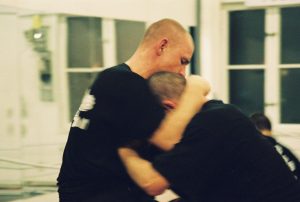 As a Westchester criminal defense lawyer, Michael Joseph has extensive experience handling assault cases. The basic level assault charge, which is a misdemeanor is Penal Law 120.00 [1] which states that a person is guilty of assault in the third degree when he intentionally causes a physical injury to another person. As such, it is essential that a complaining witness have sustained an injury to establish a prima facie case of assault. Often, in Westchester, criminal charges for assault are brought in the Courts of Yonkers, White Plains, New Rochelle, Greenburgh, Elmsford, Mount Kisco, Rye, Sleepy Hollow and Irvington for cases that do not qualify as an assault.

For a case to qualify as an assault, there must be a “physical injury”, which is defined as impairment of “physical condition or substantial pain.” In any New York assault case, the complaining witness must supply a supporting deposition which alleges impairment, or “substantial pain”. Impairment of physical condition is defined as “a loss, loss of use, or derangement of any body part, organ system, or organ function. Guides to the Evaluation of Permanent Impairment (5th ed, 2000). A mere cursory statement that the complaintant suffered “substantial pain”, is insufficient to support an allegation for assault in the third degree. “Substantial pain” has been strictly construed by the criminal courts and if an objective level of injury is not demonstrated, the charges must be dismissed as a matter of law.

The criminal courts have routinely held that minor injuries are insufficient to constitute an assault. Minor superficial soft tissue injuries are not sufficient to establish an injury sufficient to support a charge of assault in the third degree. In re Jose B., 47 A.D.3d 461 ( N.Y.A.D. 1 Dep’t. 2008). In People v Jimenez, 55 N.Y.2d 895 (1982), the court dismissed a complaint of assault where the complaining witness sustained only a one centimeter cut above the lip. In People v. Ruttenbur, 112 A.D.2d 13 (1985), superficial scratches were held insufficient to sustain a charge of assault in the third degree. In People v. Contreras, 108 A.D.2d 627 (N.Y.A.D. 1 Dep’t 1985), the court held that a small abrasion requiring one stitch was insufficient to satisfy the injury element of assault in the third degree. In Baksh, the Court reversed a conviction for lack of an injury, where, the victim had only cuts with no stitches. People v. Baksh, 43 A.D.3d 1072 (N.Y.A.D. 2 Dep’t 2007). Here, the alleged injury was less serious than the injury that the Court found to be insufficient in Contreras, where the complaining witness required stitches. Here, there were no stitches, as such, the laceration is insufficient to establish an injury which caused substantial pain.

Likewise, the complaining witness has failed to establish that she sustained an injury capable of causing pain that rose to the level of that required by the statute. Nor has she made a sufficient factual allegation of substantial pain. Where the complaining witness states she had severe pain, this is merely conclusory and unsupported by any facts. Where there is insufficient evidence from which a jury could infer that he suffered substantial pain, the charges should be dismissed.

Where the complaining witness fails to state the duration of the pain or that pain killing medication was necessary, they have failed to establish an injury. People v. Richmond, 36 A.D.3d 721 (N.Y.A.D. 2 Dep’t. 2007). A mere allegation that a complainant experienced swelling is insufficient to establish an injury. In Matter of Philip A. 49 N.Y. 2d 198, 200 (1980), the court held that a red mark and some degree of pain from a punch in the face does not constitute “substantial pain”. Similarly, the court in People v. McDowell, 28 N.Y.2d 373 (1971) held that a blackened eye without any suggestion of pain is insufficient to establish “physical injury”. Likewise a mere allegation that a complaining witness had pain was insufficient where they treated their aches and pain with ice, Tylenol, and iodine, and stayed home from work for three or four days. People v. Briggs, 285 A.D.2d 651, (N.Y.A.D. 2 Dep’t. 2001). If you are facing a criminal charge of assault in the Courts of Yonkers, White Plains, New Rochelle, Greenburgh, Elmsford, Mount Kisco, Rye, Sleepy Hollow and Irvington, call the Westchester criminal defense attorney for a free consultation.