Construction Accidents When Can The General Contractor Escape Liability By Michael Joseph on May 06, 2010 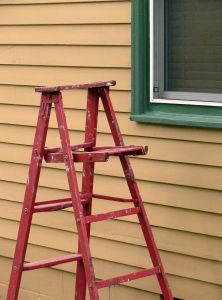 In a recent trend of cases, the Courts have been permitting general contractors and construction site owners to argue that they are not responsible for not having safety equipment such as good ladders planks, scaffolds and life lines available because they injured construction worker was the sole cause of the accident.

New York construction accident lawyers must carefully research these issues and be careful not to allow your case make bad law. Construction accident lawyers in New York must remember that Labor Law 240 is not merely a negligence action, and the Labor Laws impose a greater burden on the defendants, because the public policy of protecting workers requires that the statutes in question be construed liberally to afford the appropriate protections to the worker. It is clearly established law in New York that a construction worker who has sustained a personal injury from a fall from a scaffold or ladder cannot be the sole cause of his accident where he followed the directions of his immediate supervisor. Thus the argument that the construction worker disobeyed some general directive is not sufficient to overcome a strong New York labor law 240 case based on a broken or inadequate ladder or scaffold.

Additionally,in a Labor Law 240 to establish the recalcitrant worker defense, the construction site owner and contractor must establish that plaintiff had adequate safety devices available; that he knew both that they were available and that he was expected to use them; that he chose for no good reason not to do so; and that had he not made that choice he would not have been injured. New York construction lawyers must make sure that Courts continue to strictly enforce these standards, which will prevent the dismissal of lawsuits by injured construction workers.