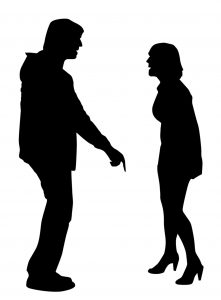 As a White Plains criminal defense lawyer, I regularly appear in all of the Westchester criminal courts. I have seen a disturbing trend where American citizens who date illegal aliens are finding themselves charged with fabricated charges of domestic violence after ending the relationship.

Several of the Westchester towns such as White Plains, Yonkers, New Rochelle, Ossining, Mamaroneck and Port Chester have high illegal alien and undocumented immigrant populations. Often the immigrant will date a citizen with the hopes of a marriage green card.

When the citizen ends the relationship, the undocumented immigrant who was hoping for a marriage green card often makes a bogus claim of domestic violence. The allegation will often come as an assault charge with no injury, rape or a criminal mischief (property damage) or aggravated harassment, usually a threatening text or phone call. Often the immigrant will know the victim’s email password and will send themself a threatening email or text to fabricate a case.

In these cases, we can prove that the motive is really a green card. When an undocumented alien alleges that they are the victim of domestic violence, they can often obtain a green card. So when they cannot get a green card through marriage, they double down by getting back at their ex with a bogus charge and simultaneously get a green card. Our Westchester criminal defense lawyers aggressively work to expose this motive and uncover the truth. We will subpoena phone records to show that no call occurred.

It has also been our experience that when these bogus claims of domestic violence are made, the illegal aliens are afraid to come to Court, so we regularly demand a trial. Westchester and New York criminal defense lawyers must be aware of these tactics. We have seen these domestic violence charges arise so that the claimant can get a green card in both Westchester and New York City including Queens and the Bronx.