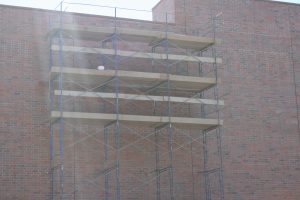 Our New York City construction accident lawyers applaud a recent decision from the New York Supreme Court’s First Appellate Department which restricted a line of cases which has allowed the defendants to blame the injured construction worker.

Our experienced White Plains construction accident attorneys have fought these arguments and the insurance companies’ attempts to blame the injured worker. We believe that the laws that protect construction workers were intended to place responsibility for safe conditions and equipments on the contractors and building owners, not the employees. Even though Labor Law 240 requires construction site owners and general contractors who conduct construction or demolition projects to furnish or erect, or cause to be furnished or erected for the performance of such labor, scaffolding, ladders, and other devices which shall be so constructed, placed and operated as to give proper protection to a person so employed, a number of Courts have prohibited the injured construction worker from recovering if the equipment was available on the construction site. This recent case involved a demolition worker who needed a Baker scaffold which is a scaffold that has locking wheels and a platform with an adjustable height, up to six feet. In this recent case, the injured construction worker went to get the Baker scaffold, but was told by his employer that the building owner did not want the scaffold inside because it would damage the floors. The injured workers was then directed to get his work done immediately, so he improvised and used a ladder which moved while he was on it, as a result he became injured.

The defendants sought to dismiss the case by arguing that since the Baker scaffold was technically on site, and the construction worker didn’t use it, the case should be dismissed. The Court in this recent decision brought some rationality back into the law and restored the original intent of the law, which is to protect construction workers and prevent construction injuries in the first place.

The Court ruled that in a situation where a supervisor tells an employee not to use the necessary equipment and makes him improvise, there is no practical difference between this situation and a situation where a scaffold was not present at the job site. The Court recognized that the Labor Law, recognizes the realities of construction and demolition work and does not require a worker to demand an adequate safety device by challenging their supervisors. Our New York construction Accident Attorneys know that to place that burden on employees would effectively eviscerate the Labor Law’s protections and workers would be placed in a nearly impossible position if they were required to demand adequate safety devices from their employers or the owners of buildings on which they work. The Court recognized the realities in construction work and held that when faced with an employer’s instruction to use an inadequate device, many workers are justifiably afraid to object out of fear of jeopardizing their employment and their livelihoods. Therefore Labor Law 240(1) speaks for those workers by requiring that owners provide safety devices at worksites.