A New Claim For Unjust Enrichment By Michael Joseph on January 16, 2016 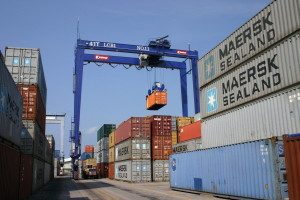 The Westchester business litigation lawyers at The Law Office of Michael H. Joseph, PLLC are breaking new ground in the legal field involving an unjust enrichment claim. Our New York commercial litigation attorneys won a major victory in overcoming a motion to dismiss in a case where our client who is an import company had property which was stored at a warehouse and a customer, who was going out of business unlawfully took their inventory and sold it. While the company that misappropriated the goods was clearly liable, they are in Bankruptcy, so our attorneys were able to establish that the their lender could be held liable. The insolvent customer sold the goods to a third party and the funds went to their factor, with whom the owners of the company had signed a personal guarantee. The seller had a factoring agreement, a financing method in which a business owner sells accounts receivable at a discount to a third-party funding source to raise capital, with the defendants, a national bank, and an inventory loan agreement, which gave the defendants’ a security interest in, and lien upon, the merchandise contained within a storage warehouse. When a container of the import company’s goods arrived at the warehouse, an employee would confirm delivery, count the goods, and store them until the import company provided express written authorization for their release. However, over a period of two years, the seller unlawfully took possession of the goods and sold them to a third party.

The attorneys for the bank argued that they had no responsibility to our client because they did not have a direct contract with our client, however, our New York commercial litigation attorneys prevailed on the little known theory of unjust enrichment. Unjust enrichment is a quasi-contract claim and is imposed by equity to prevent injustice, in the absence of an actual agreement between the parties concerned. Essentially, the theory of unjust enrichment does not allow a person to enrich himself unjustly at the expense of another. To properly plead a claim for unjust enrichment, the plaintiff must allege that (i) the other party was enriched, (ii) at the plaintiff’s expense, and (iii) that it is against equity and good consciousness to permit the other party to retain what is sought to be recovered. Additionally, if one party misappropriates property from another and uses that property to pay a debt to a third party, an action for unjust enrichment may be brought against the party who ultimately received the money.

Our Westchester lawyers at The Law Office of Michael H. Joseph PLLC argued that, by virtue of the fact the seller’s borrowing ability was based on the amount of inventory, the defendants were aware that the import company’s inventory was stored at the warehouse and was not to be considered part of the seller’s inventory until they were expressly authorized for release, which it was not. Upon the sale of the unlawfully obtained items by the seller, pursuant to the factoring agreement, the defendants collected the proceeds of the sale of the plaintiff’s items with knowledge that the seller had no right to sell the goods and knew or should have known that the seller did not have the legal right to possess or sell the items. It is our Westchester lawyers’ position that by accepting the proceeds of the sales of the plaintiff’s goods while knowing that such items were not considered part of the sellers inventory, the defendants were unjustly enriched to the detriment of the plaintiffs.

The New York Supreme Court agreed and permitted the case to go forward towards a trial. Our New York City and Westchester commercial litigation attorneys often think outside of the box and come up with creative theories to get our small business clients the relief they deserve. We are not intimidated by the big firms and regularly win in the New York Courts.