Professional Mariner Injuries- The Doctrine Of Unseaworthiness By Michael Joseph on June 02, 2010 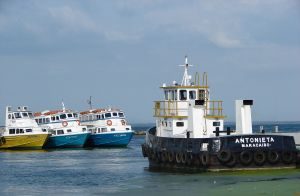 As a New York Attorney who represents seaman who sustain personal injuries, in New York harbor, I am familiar with the doctrine of unseaworthiness. The general maritime law imposes a duty on shipowners to provide vessels, equipment and crew which are reasonably fit for their intended use. If the vessel, or its equipment or crew are not reasonably fit for their intended use, then the ship or that part of the ship or its equipment or crew, is unseaworthy. Shipowners are responsible to compensate professional mariners who sustain personal injuries because of dangerous conditions aboard a ship.

A vessel may be unseaworthy because of an inadequate or incompetent crew, including the presence of especially dangerous seamen on the crew; or an assignment of an insufficient number of men to a task; or the. failure to properly maintain equipment; or the failure of equipment under normal and proper use; or misuse of even non-defective, otherwise seaworthy gear; or ‘any other unsafe part of the vessel and appurtenances, or any defective gear used; or the lack of a safe means of boarding and departing the vessel.

If a dangerous condition exists aboard a vessel, whether it was brought into existence by the ship’s crew, a third party, or even a fellow employee, the shipowner would still be liable.