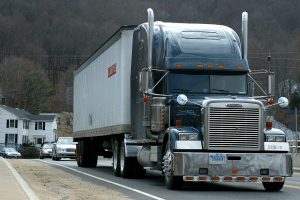 This week our New York truck accident attorneys won a decisive battle in Brooklyn Supreme Court. We successfully convinced the Court in Brooklyn that that the defendant truck driver was 100 percent at fault for hitting our client who was a pedestrian crossing the street.

Our New York personal injury lawyers proved that the defendant had a stop sign and since he did not see the pedestrian until after the accident, he violated New York’s vehicle and traffic law by failing to yield at the stop sign until the intersection was free of pedestrian traffic. The Court also agreed that there was no excuse for the truck driver’s failure to see the pedestrian and the only excuse was that the driver failed to keep a proper lookout and see what there was to be seen.

The defendants attempted to argue that the Plaintiff was partially at fault because she did not avoid the accident but the Court held that the defendant failed to demonstrate that the pedestrian did anything wrong.