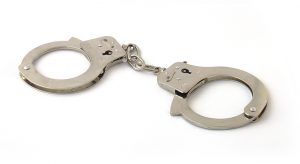 The seventeen year old suspect in People v. Newman was identified by a victim of armed robbery as the culprit; however his identification was insufficient because he was placed in a lineup amongst people who were too dissimilar to him. In other words the placement of the fillers was so poor that it suggested that the defendant was the one that the police believed to be the suspect, so it suggested the defendant as the guilty party. In this case, the defendant’s physical characteristics were so different than the other people in the lineup that there was no chance he could avoid being singled out as the suspect. The other people in the lineup were much older than the defendant and most of them had facial hair while the defendant did not. This type of line up is particularly problematic and potentially unfairly prejudicial because where the defendant is the only person who has a physical appearance which is similar to the person who committed the crime, such as the skin color, age or height. When everyone else clearly does not match the description of the perpetrator, it singles our the accused unfairly.

The police involved with this case said the men in the lineup did not look a lot like the defendant because they were chosen from a local shelter, but the judge did not accept their excuse. He believes they should have done more to provide a lineup composed of people who looked more like the defendant. The Judge said the police officers work was, “woefully inadequate”.

Mediocre work from our police force is unacceptable. We are supposed to trust that police are always serving to their full potential, not taking shortcuts and being lazy. Failure to produce a lineup that is adequate can potentially ruin someone’s life and result in a false conviction of a crime. The criminal identification process is extremely important and police cannot jeopardize citizens freedom by rushing the process. Not only have charges been thrown out because of unfairly prejudicial line ups, recent case law has even begun to recognize that officers can be held civilly liable for malicious prosecution where they create unfairly prejudicial lineups.